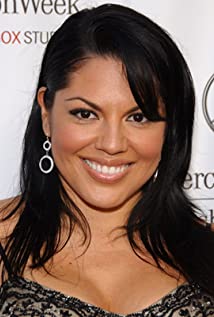 Sara Ramirez was born in Mazatlán, Mexico, on August 31, 1975, and moved to the United States at 7 after their parents' divorce. Sara is a graduate of The Juillard School (1997). Ramirez made their Broadway debut in the Paul Simon musical The Capeman (1998) before winning a Tony Award for their portrayal of the Lady of the Lake in the 2005 production of Spamalot.Ramirez appeared as Dr. Callie Torres in 239 episodes of the ABC hit Grey's Anatomy, and has gained acclaim for their role as Che Diaz in the Sex and the City reboot, "And Just Like That..."In addition to their acting career, Sara is a singer/songwriter and activist in support of LGBT rights. They are a member of the True Colors United board of directors and the San Diego, New York, and San Francisco LGBT Centers. In 2015, they were awarded the Ally for Equality Award by the Human Rights Campaign Foundation.

The Death and Life of Marsha P. Johnson