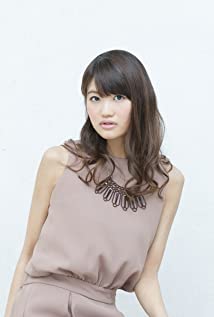 Hayami Saori is Tokyo native voice actress, radio announcer and part-time singer who was born on 29.05.1991. Hayami won the 10th Seiyu Awards for Best Supporting Actress. She became interested in animation and Audrey Hepburn at elementary school and attended voice acting classes when at junior high school. She was curious how Hepburn's voice is dubbed after understanding that what she sees on her television screen is not the actress' original voice. She recalls how she left a flyer for the voice acting school on the kitchen table only to be told by her mother to pick up the telephone and call them herself. She entered the business in 2006 through an audition for her eventual management agency. Her more prominent roles include Shinoa Hiiragi in Seraph Of The End and Shirayuki in Snow White With The Red Hair. Hayami's music has been used in animations she voices. She has maintained a radio show called Hayami Saori No Free Style ('Hayami Saori's Free Style') on Nippon Cultural Broadcasting since 2011. She was a member of the Blue Drops duo created for the Heaven's Lost Property anime that began in 2007. She conducted a mini-tour in Japan in support of her second album in 2019. She is managed by I'm Enterprise and signed to Warner Japan. The only child has a pet rabbit called Hotate, which is Japanese for scallops. Her hobby is to play the piano, cooking and listening to music.

Somali and the Forest Spirit

Saga of Tanya the Evil Movie

A Place Further Than the Universe