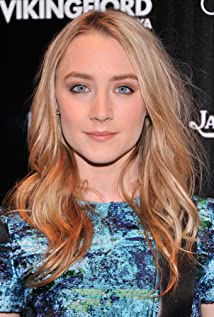 Saoirse Una Ronan was born in The Bronx, New York City, New York, United States, to Irish parents, Monica Ronan (née Brennan) and Paul Ronan, an actor. When Saoirse was three, the family moved back to Dublin, Ireland. Saoirse grew up in Dublin and briefly in Co. Carlow before moving back to Dublin with her parents.Saoirse made her first TV appearance with a small role in a few episodes of the TV series, The Clinic (2003). Her first film appearance was in the 2007 movie, I Could Never Be Your Woman (2007). Saoirse received international fame after appearing in the movie, Atonement (2007), which was directed by Joe Wright. The movie co-starred Keira Knightley and James McAvoy. The film was successful, both critically and commercially, and in 2008, Saoirse earned an Oscar nomination for her role. She became one of the youngest actresses to be nominated for an Oscar. She continued to earn success and fame. Between 2008 to 2011, she starred in a number of successful movies, including City of Ember (2008), which earned her a nomination for Irish Film & Television Award, The Lovely Bones (2009), for which she was nominated for a BAFTA Award, and The Way Back (2010), for which she won Irish Film & Television Award for Actress in a Supporting Role. In 2016, Ronan was nominated for her second Oscar for Brooklyn (2015). She became the second youngest actress to receive two Oscar nominations at the age of 21. The youngest actress is Angela Lansbury.. In 2018, Ronan was nominated for her third Oscar for Lady Bird (2017). She's the second youngest actress (first being Jennifer Lawrence) to receive three Oscar nominations before the age of 24.Saoirse Ronan resides in London, United Kingdom.