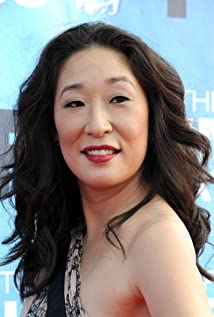 Sandra Oh was born to Korean parents in the Ottawa suburb of Nepean, Ontario, Canada. Her father, Oh Junsu, a businessman, and her mother, Oh Young-Nam, a biochemist, were married in Seoul, Korea. They both attended graduate school at the University of Toronto. Sandra began her career as a ballet dancer and eventually studied drama at the National Theatre School in Montreal. She then starred in a London (Ontario) stage production of David Mamet's "Oleanna" and appeared as the title character in the Canadian television production The Diary of Evelyn Lau (1994), beating out over 1,000 applicants. Her list of awards includes the FIPA d'Or for Best Actress at the 1994 Festival International de Programmes Audiovisuels at Cannes, France, two Genie Awards (the Canadian Oscar), a Cable Ace Award, a Theatre World Award and a Screen Actors Guild Award. In 2003, she married writer-director Alexander Payne and their first film together was the Oscar-winning Sideways (2004).