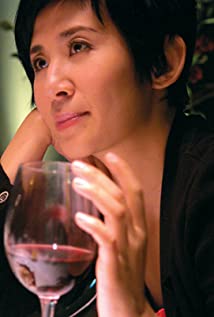 Sandra Kwan Yue Ng is widely considered as the most bankable actress in Hong Kong. With over a hundred films to her credit, including several collaborations with the "King of Hong Kong Comedy" Stephen Chow, Ng is crowned "Queen of Comedy" by many.Ng entered show business in the 1980s, the golden period of Hong Kong's film industry. Her funny, quirky and irreverent persona quickly landed her countless comedic roles in films like All's Well End Well (1992), which also starred Stephen Chow and Maggie Cheung. Ng made herself a household name through hugely successful comedy franchises such as The Inspector Wears Skirt series and broke open raunchy comedy to women. Two recent comedies she starred in, Monster Hunt (2015) and Jian Bing Man (2015), garnered a box office total of RMB 3.5 billion, cementing Ng's status as the highest grossing Hong Kong actress to date.Ng nabbed her first Best Actress win in the Hong Kong Film Awards for her performance as a lesbian triad leader, Sister 13, in Portland Street Blues (1998). Ng came to be known as a serious actress and went on to take on ever more challenging roles, including that of an underdog prostitute in Golden Chicken (2002), which won her Best Actress in the Golden Horse Awards. Her performance as a bisexual woman trying to reunite with her ex-lover in All About Love (2010) won her Best Actress in the Asian Film Festival of Rome. Her 2010 tear-jerking family drama Echoes of the Rainbow won the Crystal Bear Award at the Berlin International Film Festival and earned Ng another Best Actress nomination in the Hong Kong Film Awards. In 2014, she was awarded the Star Asia Award in the New York Asia Film Festival.The recent years see Ng's career expanding into producing and directing. This began with her producing credit Golden Chickensss (2014), which reaped over HK$40 million in Hong Kong, and was the year's highest grossing Chinese language movie in Hong Kong. Goldbuster (2017) is witness to Ng's latest breakthrough as her directorial debut and proves her as an artist of many hats.

The Faces of My Gene