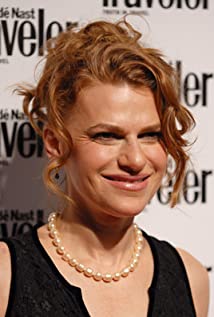 Love her or hate her, this one-of-a-kind, in-your-face comic diva is a take-no-prisoners artiste. Racy, offensive, cynical, confrontational and angst-driven, this flinty stand-up from Flint, Michigan would become best known for her pungent one-woman shows on both the stage and in TV comedy specials.Sandra Gail Bernhard was born on June 6, 1955, the daughter of Jerome Bernhard, a proctologist, and his wife Jeanette, an abstract painter, sculptor and photographer who later divorced after 38 years. Moving to Scottsdale, Arizona in her early years, her initial comedy stage work in the 1970s was formulated around her "fish out of water" existence growing up as a "Jewess" amongst a sea of "blonde WASPs".A conventional beauty she was not, but Sandra made major use of her tall (5'10"), angular build that was harshly complemented by angry, pronounced features -- notably a gap between her front teeth and trademark slash of a mouth. She managed to survive high school and went to live on a kibbutz in Israel for a period of time. Moving to Los Angeles at age 19, she paid her rent by working as a beauty salon manicurist to the stars as she tried to make a semi-name for herself in such L.A. haunts as "The Comedy Store." It all began quite modestly at an open-mike night at Ye Little Club in Beverly Hills in 1975.As Bernhard grew in stature, the girl with major attitude was soon getting noticed for TV. She, along with other up-and-coming comics such as Robin Williams and Marsha Warfield, was cast as a regular player on The Richard Pryor Show (1977), a musical variety show. Her cutting-edge humor seemed like a natural fit in an atmosphere provided by a daredevil like Pryor, but the censorship staff and a turned-off audience had the show taken off the air after only five shows. A gifted talker and raconteur, she started making news on the night time talk show circuit for her pungent comments and observances.Sandra demonstrated real chutzpah on camera after Martin Scorsese cast her as Masha, a psychotic loose cannon who stalks and covets a talk show host, in his film The King of Comedy (1982) starring Robert De Niro and Jerry Lewis. Surprisingly, major film offers never came out of this dark success. Instead, she focused on the possibility of doing a one-woman comedy show.Sandra's first solo piece, entitled "I'm Your Woman" in 1985, met with a lukewarm and it was followed by an unsuccessful album release. Undaunted, she continued to pursue small film offers such as The House of God (1984) and Follow That Bird (1985) and TV parts, including "Alfred Hitchcock Presents" and "The Hitchhiker," while crafting a more volatile performance art-oriented piece for shock effect. This came in the form of the off-Broadway 1988 showpiece "Without You, I'm Nothing" which played at the Orpheum Theatre. It became a major cult hit and was immortalized into both a film, also called Without You I'm Nothing (1990), and a double-album.As a monologist, Sandra's trademark of blending pop culture topics along with blatant social commentary was usually boosted by bluesy-styled songs. Her success finally led to eye-catching news on TV. In 1991, she was cast as Nancy Bartlett on the hit sitcom Roseanne (1988) as one of the first actresses to portray an openly lesbian character on American series TV. She appeared on several seasons of the popular show. She also did tough-talking turns on such popular shows as "Tales from the Crypt," "The Larry Sanders Show," "Chicago Hope," "Ally McBeal," "Clueless," "Highlander" and "The Sopranos." Her voice caught on too and was used in animated cartoons such as "Duckman," "Spider-Man," "Superman" and as Cassandra in the Hercules (1998) series. She even opted to do a nude pictorial for Playboy Magazine in September of 1992!Sandra moved on to host the USA network's Reel Wild Cinema (1995) for two seasons. Her brief nudges into mainstream films included a variety of hits and misses including Hudson Hawk (1991), Dallas Doll (1994), Inside Monkey Zetterland (1992), a rare lead as a feisty golfer in the obscure comedy Dallas Doll (1994), Afterwards (1928) and the crime spoof Plump Fiction (1997).Bernhard's one-woman shows continued to jell with her liberal following and she enjoyed another New York success which was also filmed -- Sandra Bernhard: I'm Still Here... Damn It! (1999). She pushed the liberal envelope on such shows as "The View" and on various talk shows. Fair game includes everyone from Mariah Carey to Laura Bush to Mother Teresa as the object of her venom. Sandra pretty much pioneered the celebrity put-down format that has made infamous celebrities out of comics like Kathy Griffin. It's Sandra's unique brand of crass talk and self-effacing vulnerability that will keep the "Empress of Acerbity" a strong commodity in the nitery circuit.Into the millennium, Sandra has remained a strong, controversial fixture, featured in an eclectic mix of comedy and dramatic films such as Playing Mona Lisa (2000), Dinner Rush (200

I Am Richard Pryor