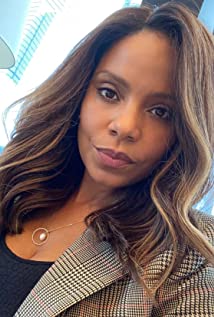 Sanaa Lathan, the daughter of Actress Eleanor McCoy and Director Stan Lathan, was raised in both New York City and Los Angeles. During her youth she was fully immersed in the entertainment industry and learned early on that she wanted a career in the Arts. Sanaa pursued studies at the University of California at Berkeley where she received a BA, and Yale School of Drama where she received a MFA. Sanaa began her career by performing in New York stage productions. She eventually moved to California where she made several television appearances, before landing her first movie role in Drive. She went on to land roles in Blade, Daisy, The Wood, and The Best Man. She received her breakout lead role when she appeared in the acclaimed romantic drama, Love & Basketball where she played ("Monica") followed by the box office hit Alien vs. Predator. In 2017 Sanaa starred in the TV miniseries Shots Fired and was nominated by the NAACP Image Awards for Outstanding Actress. In 2018 Sanaa began her journey as a producer as she played the lead in the Netflix original Nappily Ever After. Throughout her career Sanaa simultaneously has performed in stage plays such as the Broadway production A Raisin in the Sun which also led to a Tony Award nomination. Additionally, Sanaa has been nominated by The NAACP for Best Actress for her work in the production To Take Arms, the Image Honor for Best Supporting Actress in a motion picture for her role in The Best Man and the Image Award for Best Actress in a motion picture for her excellent performance in Love & Basketball.