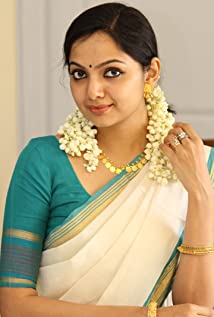 Samvrutha Sunil, with her striking good looks and wide range of talent, has become one of Malayalam's most beautiful and successful actresses. In a very short span of time she was able to conquer the hearts of the Malayalam Film audience. Her traditional malayalee look and charm acted as a catalyst to her success.She made her debut in the movie Rasikan in 2004 opposite Dileep. Even though the movie was not a great commercial success, it made her noted in the industry. In next few movies after Rasikan like Nerariyan CBI and Chandrolsavam, her characters were not very prominent, but it helped her in showing her presence in both the industry.Lal Jose's Achanurangatha Veedu and Nottam were very lucky for her. She became more popular and accepted by her act in the song sequence "Pachappanamthathe...." Sung by K. J. Yesudas and K. S. Chitra for the movie Nottom. These movies triggered her growth in the film fraternity.