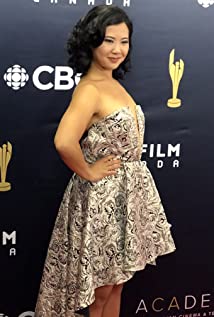 Samantha Wan is a Toronto-based actor-filmmaker. Co-creator and star of prime time comedy series, Second Jen, on CityTV. She also plays reoccurring character "Zoe Chow" in season two of Canada's hit series Private Eyes. She graduated from the National Theatre School of Canada in 2011 then made her debut playing a principal role in the feature Devil's Mile and later moved to online series such as Leslieville, Ruby Skye P.I. and Out With Dad. Her first project Sudden Master was an online Kung Fu series commissioned by OMNI TV. It accumulated numerous awards including "Best Action Series" at the Action On Film Festival and Vancouver Webfest. The AOF festival also awarded Wan with the "Woman With A Vision" Award for her work as a producer and creator and best Female Action Performer of the Year. Samantha also won Best Actress in a Drama at the 2016 Hollyweb Festival for Sudden Master. Behind the camera, Wan co-directed the shorts "Where is Kitty Go Lightly" and "Second Jen Short film" (2014). Samantha is also a dancer, with a particular love for jazz and urban street dance. A fourth generation martial artist, studying Wing Chun under Grand Master Sunny Tang. Coupled with her fight skills, Wan is a certified combatant for stage and screen with Fight Directors of Canada.