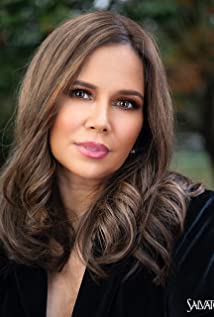 Television Personality, Samantha Goldberg, aka "Sassi Sammi" is a noted as one of the pioneers in "Reality Television". In addition to her 11 season role in a hit series on a respected network E!/Style channel starting in 2004, she's been on multiple other reality shows, talk shows, over 3000 various publications in addition to being a celebrated Celebrity Wedding Planner & Designer known worldwide for her "Trendsetting" and "Carefree" wedding planning & couture event design skill set. This is just a small description of Goldberg's resume' to being known as the "Fabulously" famous Party Planner to the stars" as seen on the Style Networks "Whose Wedding Is It Anyway" and various other networks such as Warner Bros, We, TLC and Comcast WMCN.Samantha's producers starting with True Entertainment, Endemol and many others will attest Sam makes great television. Her audience even today, seeks Goldberg for more projects due to her "original" gift with the camera and her direct dialect that leaves her audience on the seat of their pants during their entire viewing experience.She's also a Celebrity Brand Expert which has been chosen to represent and give ideas regarding growth possibilities with some of the largest brands in the world such as Hilton Hotels, Party City, Macy's, Bloomingdales, Hanes, Western Union, Oral B, Wilton and many others. She's been approached by various other brands to represent their companies as a face due to her strong following and ability to get the consumer to follow her lead with any trend. Companies such as Jeep, Invisalign, Latisse and various others have reached out to Goldberg for her authentic television disposition with the camera and her audience."Samantha Goldberg is a natural"In addition to her fast growing television career, she has operated Samantha Goldberg & Co- Gold Events LLC for over three decades. She launched her now highly successful business in Chicago dedicating 90% of her skill set on "mastering the art of "tangible/intangible" event design, education and more. Somehow the "creative juices" became most visible when using her professional beauty background with designing of events, implementing "magic" for one's special event be-it wedding, milestone or celebration. She's considered the maven lifestyle expert for events, fashion trends and more. While recognized for her expertise in fantasy and planning luxury weddings and events on international television, her noted grace-under-pressure is a testament to her quick-witted thinking and problem-solving abilities; not to mention the most important element in event planning and television. This along with the success of her business is what really grabbed the attention from television networks, branding and more. It has become the "highlight" of her now, mini empire, Samantha Goldberg Inc.She is considered one of the top premier luxury party planners in the world with a broad spectrum of talents outside her design skill set. She has partnered with some of the largest chains and fortune 100-500 companies as their celebrity lifestyle expert, trend setter, sales trainer and motivator and Brand Ambassador. Her zestful persona is highly addictive, which creates the need to use what she is promoting for the brand causing the outcome to be a desired partnership long term.Goldberg herself in 2011, after proper training, has expanded her skill set & services' w/ the addition of her own formally trained floral design team which now services the New York Events Metro Market and taking them to the road nationwide.This now allows for Goldberg to add another "notch" to her resume' of services.Samantha has continually been approached for many similar shows with regard to wedding shows, events/design and "New Jersey and New York's Housewives' day to day type soapaseries. Her extensive list includes a second show on the E/Style Networks' Married Away which lasted for 5 seasons, being host of a one-time season the CW's Hitched or Ditched and is inclusive of her personal appearances with celebrities on Kathy Griffin's, "My Life on The D List", working with Cake Boss aka Buddy Valastro before the "Boss" and many others.She has won over the hearts of her viewers with her "plain-talking" persona, yet sensitive nature and aspiration of working with the budget bride. This has allowed her to carry her fans with her as she is currently taping her new show for a 2021 launch. Her "celebrity event show" is a 2nd to a few projects in works with major networks also due to air in 2021-2022 in which she will be the celebrity host of on regular access television/cable. In addition, mainstream media has taken considerable notice of her extensive nature and expertise asks Samantha to share her experiences on how to reach the market of clients as a wedding planner to the stars and the party planner or event designer for any event as of current 2019.Sam is regularly featured as an expert analyst and trend setter on various national news programs such as Goo

A glitch in the Matrix