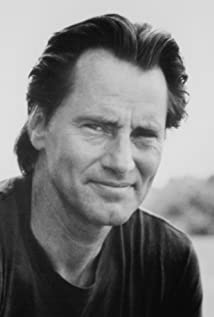 Sam Shepard was born Samuel Shepard Rogers in Fort Sheridan, IL, to Jane Elaine (Schook), a teacher, and Samuel Shepard Rogers, a teacher and farmer who was also in the army. As the eldest son of a US Army officer (and WWII bomber pilot), Shepard spent his early childhood moving from base to base around the US until finally settling in Duarte, CA. While at high school he began acting and writing and worked as a ranch hand in Chino. He graduated high school in 1961 and then spent a year studying agriculture at Mount San Antonio Junior College, intending to become a vet.In 1962, though, a touring theater company, the Bishop's Company Repertory Players, visited the town and he joined up and left home to tour with them. He spent nearly two years with the company and eventually settled in New York where he began writing plays, first performing with an obscure off-off-Broadway group but eventually gaining recognition for his writing and winning prestigious OBIE awards (Off-Broadway) three years running. He flirted with the world of rock, playing drums for the Holy Modal Rounders, then moved to London in 1971, where he continued writing.Back in the US by 1974, he became playwright in residence at San Francisco's Magic Theater and continued to work as an increasingly well respected playwright throughout the 1970s and into the '80s. Throughout this time he had been dabbling with Hollywood, having most notably in the early days worked as one of the writers on Zabriskie Point (1970), but it was his role as Chuck Yeager in 1983's The Right Stuff (1983) (co-starring Fred Ward and Dennis Quaid) that brought him to the attention of the wider, non-theater audience. Since then he has continued to write, act and direct, both on screen and in the theater.He died of amylotropic lateral sclerosis--commonly known as Lou Gehrig's Disease--in Kentucky on July 27, 2017.

Out of the Furnace