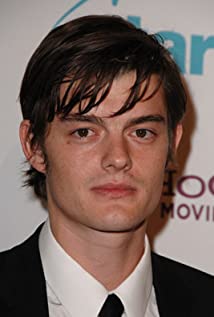 British actor Sam Riley rose to stardom as Joy Division's poetic lead singer Ian Curtis in the acclaimed film Control (2007), directed by Anton Coribjn, a great fan of the group and also their official photographer. Riley's talent was noticed not only to his striking resemblance to Curtis but also because he was able to sing rock songs, already being a frontman of a rock band in the early 2000's. The personification of Curtis earned him several breakthrough awards and nominations.A former member of the National Youth Theatre, Riley was born in Bradford, West Yorkshire, England. Before his breakthrough in Control, he appeared in a handful of short and TV films while his band "10,000 Things" was producing their works. After the movie, where he also met his future wife Alexandra Maria Lara - they have a son together - Riley went on to appear in some minor films such as Franklyn (2008); 13 (2010); and the role of violent psychotic Pinkie in the remake of Brighton Rock (2010). But it all changed in 2012 when Riley had the opportunity in two acclaimed films with two outstanding directors: as Sol Paradise in Walter Salles' road movie adaptation from Jack Kerouac's best selling novel On the Road (2012); and under the direction of Neil Jordan in Byzantium (2012), which presented Riley to wider audiences and leading to Diaval role in Maleficent (2014) and its sequel.He moved on to more risky and world cinema projects such as the strange western The Dark Valley (2014), an Austrian film that received great reviews and it was a chance for the actor to play something out of his league; the ensemble war film Suite Française (2014); as Pierre Curin in Radioactive (2019) and the upcoming remake of Rebecca (2020).Sam Riley might not be so much in the spotlight as many young actors tend to get but he feels comfortable with the projects he's doing and the success he's having.