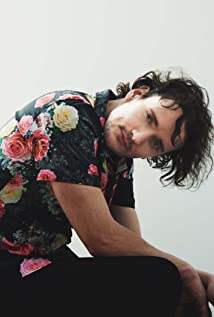 Sam Littlefield is a filmmaker who challenges himself by the roles he takes on in Hollywood. He's an actor, writer, producer and director, featured in The CW series "Batwoman," starring Ruby Rose. Sam portrays 'Mouse,' a tortured, complex and dynamic character working with Alice and the Wonderland Gang, main enemies of Batwoman, in the seedy underworld of Gotham.Sam recently co-wrote, produced and starred in "Mother's Little Helpers," an independent film which premiered at SXSW 2019. Sam created the role of 'Jude Pride,' a struggling addict on house arrest, who returns home to say goodbye to his compulsively lying mother in the twilight of her terminal illness.Throughout his career, Sam has carefully balanced mainstream television projects while cultivating his own unique space inside the industry. He's had memorable performances in hit series such as HBO's "The Leftovers," and "Sharp Objects," CBS' "NCIS," TNT's "Good Behavior" and Amazon's "The After" (where he played a leading role written for him by X Files creator Chris Carter). Alongside these hit shows, he produced and wrote "Plus One," a film series which premiered at the Cannes Film Festival, as well as the critically acclaimed "Extropia," a multimedia live stage production which was featured on LA Times front page and enjoyed a multiple extension sold out tour.Sam's film "Moyamoya," a quasi-musical following one stroke victim's journey as he recovers the mysteries of his dark past, is currently in development.