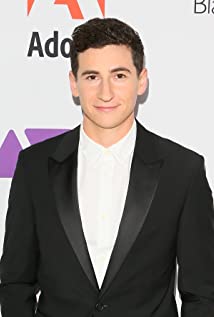 Sam Lerner got his start in show business at the age of nine, after he happened to strike up a conversation with actress/director/writer Ellen Gerstein and actress Dot-Marie Jones at a New Year's Eve party he was attending with his family. Thinking Sam a natural for the business, Gerstein offered to introduce Sam to respected Hollywood talent manager, Susan Curtis. Sam's parents initially balked but Sam begged for the opportunity. When, two weeks later, he took the microphone at his sister's Bat Mitzvah party and began roasting his sister with the assurance and panache of a Vegas master of ceremonies, Sam's parents realized that Sam did indeed have the show biz gene and agreed to let him pursue acting. His sister's Bat Mitzvah photographer snapped Sam's first headshot. Sam met with Curtis and soon was alternating auditions with school, baseball, basketball, Hebrew School, and skateboarding.Sam's big break came four months later when Barry Levinson cast him in the movie, "Envy," which starred one of his favorite actors, Ben Stiller, and gave Sam a chance to work with Jack Black, Rachel Weisz, Amy Poehler, and Christopher Walken. Soon after, Sam booked his first television pilot, ABC's "My Life With Men." Sam continued to work in television, movies, video games, and plays at his school and synagogue. Sam has gotten to work with such producers as Steven Spielberg, Robert Zemeckis, and Michael Bay and for such directors as Levinson, Brett Ratner, and Gil Kenan. One of his favorite roles was playing "Chowder" in the motion capture movie, "Monster House:" Having fun with Mitchel Musso and Spencer Locke, craft services and riding around the Culver Studios lot in a golf cart beats school. By a lot.Sam voiced the character "Zak Saturday" in Jay Stephens' cartoon show, "The Secret Saturdays." (2013) and had a recurring role on the ABC show "Suburgatory" as the nerdy but cute brainiac "Evan." (2014) That same year, he was cast in the recurring role of "JTP" member "Geoff Schwartz" on the hit ABC show "The Goldbergs." Sam has been lucky enough to spend the last seven years working on the exceptionally warm and collegiate "Goldbergs" set, surrounded by brilliant and hilarious actors, writers, producers and directors, a few years ago fulfilling his dream of becoming a series regular.Sam has had the benefit of a live-in acting coach in the form of his father, Ken Lerner, who owns an acting school, is a top teacher for the New York Film Academy, and has a steady acting career of his own. In what is not even a slight acting stretch for either, Ken Lerner plays Sam Lerner's character's father, "Lou Schwartz" on "The Goldbergs." The two also played each other at different ages in a Wells Fargo television commercial. Sam also had the blessing of being managed by the exceptionally mentschy Curtis, who over the years allowed Sam to turn down literally hundreds of auditions so he could live a childhood that included but was not limited to show business.Sam's acting pedigree comes from both sides of the family. His maternal grandmother was an actress off-off Broadway and in commercials, his aunt starred in the original Broadway cast of the Steven Sondheim musical, "Merrily We Roll Along" and his maternal great-grandmother, Mary Seleznick, was first cousin to American film producer, David O. Selznick. Sam's first two movies, coincidentally, were filmed at what was once Selznick's studio, where he made "Gone With The Wind."Sam's most recent projects include the Blumhouse movies "Truth or Dare" and the Bay-produced Paramount time travel movie, "Project Almanac."