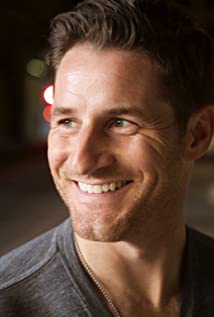 Sam Jaeger began his professional career in New York, while still attending Otterbein College in Ohio, landing a guest-starring role on Law & Order (1990). He also spent several seasons doing theater in NY before making the move to Los Angeles. Once in LA, he landed parts in two feature films, Traffic (2000) and Behind Enemy Lines (2001). After those standout roles, he won the powerful role, opposite Bruce Willis and Colin Farrell in MGM's Hart's War (2002). In the years following, Jaeger has built an impressive television resume, including roles in such hits as ER (1994), CSI: Crime Scene Investigation (2000), The West Wing (1999), NYPD Blue (1993), Scrubs (2001), That's Life (2000) and Girls Club (2002).Jaeger's credits include the A&E biopic, The Riverman (2004), opposite Cary Elwes and Bruce Greenwood, and the Indy hit, Lucky Number Slevin (2006), opposite Bruce Willis and Josh Hartnett, which was seen at Sundance Film Festival in 2006 and opened nationally to critical acclaim. He was seen in the romantic comedy, Catch and Release (2006), also starring Jennifer Garner and Kevin Smith. Written and directed by Susannah Grant, writer of Erin Brockovich (2000) and In Her Shoes (2005), the film opened in January 2007.In addition to his film and small screen credits, Jaeger has also co-written and co-produced two short films. The first, "Quiz Bowl", caught the eye of actress Kate Bosworth (Superman Returns (2006)), who later agreed to star in his next short, Advantage Hart (2003). "Advantage Hart" had its premiere at The Hollywood Film Festival. Jaeger's directorial debut, the short Untold (2009), is a period piece set in his home state of Ohio.Samuel Heath Jaeger was born in Perrysburg, to LeAnne (Graening) and Charles Jaeger. His mother is of German descent, and his father is of German, English, and Scots-Irish ancestry.Jaeger resides, with his wife, Amber Jaeger, in Los Angeles.