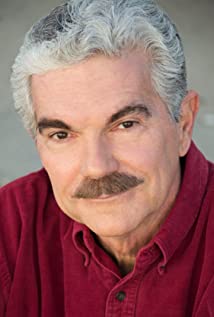 Born in Chicago and raised in Los Angeles, Sam Ingraffia received his Bachelor of Arts Degree from the University of California, Los Angeles.Ingraffia has studied acting with some of the best in the business, including, Lee Strasberg, Jeff Corey, Milton Katselas, Charles Conrad and Estelle Harmon.Recent Starring roles in motion pictures include Death and Cremation, with Brad Dourif and Jeremy Sumpter, Blue Telescope, with R.D. Call and U.Z.L.A., with Shawn Christian. Numerous television appearances include a just-completed Guest Star lead on the Emmy-winning HBO hit Barry.Over one-hundred film and television performances have afforded Ingraffia the opportunity to work with such acclaimed directors as John Schlesinger, Ron Howard, Mike Newell, Oliver Stone, Delbert Mann and Robert Zemeckis. His film work has included such classics as Wall Street, Used Cars and The Falcon and the Snowman (with Sean Penn), among others.Ingraffia's prolific writing credits include episodic television, network pilots, an HBO special and feature films. His award-winning plays have been produced in New York, Los Angeles and in numerous regional theaters across the country and have been published by Samuel French.Ingraffia founded his own production company, Little Dog Productions, with partner Doug Burch in 2008. He has written and produced numerous feature films, including Atlantis Down, starring Michael Rooker and the recently completed "Wages of Sin" with Emmy-winning DP Michael Franks.

The Falcon and the Snowman