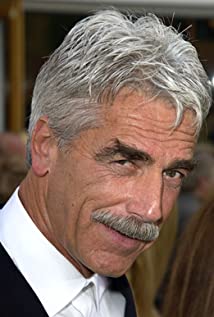 Tall, thin, wiry Sam Elliott is the classic picture of the American cowboy. Elliott began his acting career on the stage and his film debut was in Butch Cassidy and the Sundance Kid (1969). Although his future wife, Katharine Ross co-starred in the film, the two did not meet until they filmed The Legacy (1978) Together. Over the years there would be few opportunities to act in feature westerns, but it would be television that gave him that opportunity, in The Sacketts (1979), The Shadow Riders (1982) and The Yellow Rose (1983), among others. He would also work in non-westerns, usually as a tough guy, as in Lifeguard (1976) and Road House (1989). In the 1990s, Elliott was back on the western trail, playing everyone from Brig. Gen. John Buford in the film Gettysburg (1993) to Wild Bill Hickok in the made-for-TV movie Buffalo Girls (1995). In 1991 he wrote the screenplay and co-starred with his wife in the made-for-TV western Conagher (1991).