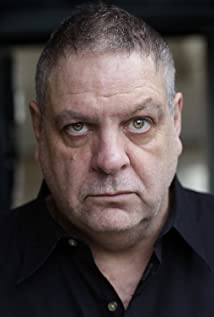 Sam was a member of the Actors Space in New York City under Alan Langdon (Circle in the Square). He has a BFA in Acting / Directing from Simpson College, Iowa and the University of Oklahoma Drama School, USA. His Theatre credits in the USA include The Rimers of Eldritch, Lion in Winter, A Doll's House, Journey of the Fifth Horse, Romeo and Juliet, The National Health, Equus and the world premiere of Lorca's Blood Wedding. Theatre in the United Kingdom includes; In Arabia We'd All Be Kings at the Hampstead Theatre; Desire Under the Elms at Greenwich; A Streetcar Named Desire at Newcastle Playhouse; and David Mamet's Edmund at the Royal Court Theatre,London. At the Royal National Theatre (RNT); Johnny on a Spot, Sweet Bird of Youth, A Raisin in the Sun (platform), The Darker Face of the Earth and Trevor Nunn's production of A Streetcar Named Desire.In London, Porgy and Bess at the Savoy Theatre and Johnny Friendly in Steven Berkhoffs On The Waterfront. TV in the UK includes The Painted Lady, Kavanagh QC, Goodnight Sweetheart, Unnatural Pursuits, Jeeves and Wooster, Dr. Finlay, Armando Ianucci Show, Once in a Lifetime, Adrian Mole: the Capuccino Years, The Quiet Conspiracy. TV in the US: Wolverine, The Tenth Kingdom, The Dirty Dozen: Next Mission, Highlander, Lexx, The Equalizer, Dirty Dozen III. Over 30 films including; Snatch, Fifth Element, Batman, Eyes Wide Shut, Mission Impossible Derailed and Perfume. 2 Academy Award nominations for best short film: The Snatching of Bookie Bob and Tonto Woman. Sam Douglas was King Herod, King of the Jews in the upcoming The Bible TV mini-Series for the History Channel.

The Sweeter Side of Life

The Christmas Miracle of Jonathan Toomey