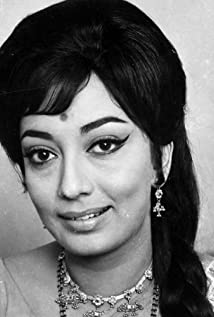 Sadhana was born on September 2, 1941 and was named after her father's favorite actress Sadhona Bose. Her father and actor Hari Shivdasani were brothers, and Hari's daughter is actress Babita Kapoor. Sadhana was an only child and her parents made her the center of their lives; in fact, her mother home-schooled her until she was 8 years old. The family fled from Karachi in Pakistan during Post Partition riots. Although they encountered difficult times, their daughter was allowed to see as many as two films a week. When she was 15 years old, she was discovered by some producers who had seen her act in a college play. They cast her in India's first Sindhi film titled Abana (1960), where she played the heroine's younger sister for which she was paid a token of Rps. 1 and the film became a major hit. A photograph of her publicizing the film appeared in a movie magazine. Subodh Mukherji, one of India's leading producers at that time, saw the magazine and gave her the lead role in her first Hindi film Love in Simla (1959), opposite his newcomer son, Joy Mukherjee. The film was directed by another newcomer, R.K. Nayyar, who created her trademark look called 'the Sadhana fringe.' It was modeled after Audrey Hepburn's hairstyle to cover up Sadhana's flaw, her broad forehead. The film became a great success and Sadhana became a overnight star. She also fell in love with the film's director, but she was only 16 years old, and her parents threatened the 22-year-old Nayyar with legal action if he didn't end the relationship. He became scared and backed away.Sadhana continued making films and became the one of the biggest stars of the 1960s with hits like Mere Mehboob, Hum Dono, and Asli-Naqli. In addition to the 'Sadhana fringe,' she started the trend of the churidar pyjama and kameez with saleem shai in the film Waqt (1965). Her acting in that film was appreciated too, as she was nominated for a Film Fare Award as Best Actress.Sadhana had stated that she subconsciously modeled her acting style after her idol, Nutan. Most of her films were major hits, and many of them still remembered as all time classics. Her films such as Ek Musafir Ek Hasina, Raaj Kumar, Budtameez and Arzoo were known for their romantic plots and beautiful music, but Raj Khosla, her director in Ek Musafir Ek Hasina, saw an enigmatic, mysterious side to Sadhana and cast her in Woh Kaun Thi (1964). The film became a huge hit with its themes of the Alfred Hitchcock film Vertigo (1958) and gave Sadhana her signature role of the "mystery girl," where her performance kept everyone guessing till the very end. She was nominated for a Film Fare Award as Best Actress, and Khosla later directed her in two more box-office hit suspense thrillers, Mera Saaya (1965)and Anita (1968).Sadhana also worked well with her leading men, Shammi Kapoor, Sunil Dutt, Rajendra Kumar, and Raj Kapoor. In fact, it was Raj Kapoor who reintroduced her to her first film director, R.K. Nayyar. They fell in love again and wanted to get married. Her mother was against it, since Nayyar wasn't a Sindhi and wanted someone who looked like actor Rajendra Kumar, but Sadhana was adamant and with her father backing her up, her mother eventually came around. Sadhana and Nayyar married in 1966 and it seemed like she retired from films. At first, she was content to be a housewife and took cooking lessons and became well-known in the film industry for her culinary skills. But she had serious health problems with her thyroid, and she went to Boston for treatment and she recovered, but there was a physical change. The thyroid condition affected the appearance of her eyes. Her husband's financial problems propelled her return to films after a two-year absence and delivered the hit film Inteqam (1969) directed by her husband followed by by another hit film Ek Phool Do Mali (1969). She and Nayyar went through a difficult time when she suffered a miscarriage. Later they had no children. She directed and starred in her last film playing dual roles in Geeta Mera Naam (1974), which was a box office hit. She wanted to end her acting career in Hindi films just as she started, in a starring role as a young heroine. She didn't want to play supporting character roles as a old mother or a bhabhi (sister-in-law), so she retired as an actress and formed a production company with her husband. Their marriage lasted until his death in the 1990s. She closed down the production company and retired, quietly living the life of a widow. The real-life "mystery girl" rarely gave interviews and didn't like to be photographed saying that she wants her fans to remember her as a young, beautiful, heroine. She faced turbulent times in her later years. Sadhana lived as an tenant in an apartment building for many years, when the builder wanted to evict her in 2012. Suddenly, she was thrust into the public eye when she went to the police station to file a complaint against the builder. Several court cases came out of this incident, an

The Land Where the Ganges Flows