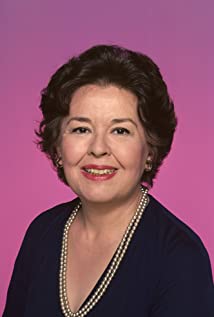 Renowned and highly respected actress Sada Thompson has earned critical acclaim both on stage and TV for her noble, strong-minded matrons, but her more challenging and compelling work has come when her characters have displayed darker, more neurotic tones.Born in Des Moines, Iowa, she was the eldest of three children of magazine editor Hugh Woodruff Thompson and his wife Corlyss Gibson. After a family move to New Jersey, Sada developed an interest in acting, performing in school plays. She subsequently studied drama at the Carnegie Institute of Technology.Upon graduating in 1949, she began to build up her resume in regional stock and with repertory companies appearing in such productions as "Hay Fever", "The Little Foxes", "Born Yesterday", "The Clandestine Marriage" and "The Cocktail Party". Making her off-Broadway debut in 1955 with the first concert reading of Dylan Thomas' "Under Milk Wood", Sada won a 1957 Drama Desk award for her work in both The Misanthrope" and "The River Line" and, thereafter, started leaning heavily toward the classics -- "Much Ado About Nothing," "Othello," "The Merry Wives of Windsor," "Twelfth Night," "The Tempest" and "Richard II" to name a few. The 1970s began exceptionally well, hitting her zenith with complex, transcending performances in both "The Effect of Gamma Rays on Man-in-the Moon Marigolds" (earning both Drama Desk and Obie awards) and "Twigs," in which she captured the Tony (as well as Drama Desk, Obie and Sarah Siddons awards) in which she played four roles--three sisters and their elderly mother.This renewed attention for Sada finally lent itself to film and TV work. The dark-haired, somewhat plump-figured woman with classy but slightly offbeat features was not deemed marketable for film. So, despite adding distinctive support to the dramas Desperate Characters (1971) and The Pursuit of Happiness (1971), it was television that would garner her the attention she longed for and deserved. She won her first Emmy nomination playing Mary Todd Lincoln in Lincoln (1974) opposite Hal Holbrook's Honest Abe. The following year, she earned another nomination as Jack Lemmon's put-upon wife in The Entertainer (1975), a TV remake of the 1960 British film. The Emmy would finally come to her for her sensible mother role in the touching dramatic series Family (1976). As the proper, intelligent, slightly remote Kate Lawrence," mother of three, Sada became a TV symbol of strength, courage and integrity during the show's four seasons. She went on to receive two more Emmy nominations as Rhea Perlman's mother on Cheers (1982) and as accused California schoolteacher Virginia McMartin, on trial for sexual abuse, in the mini-movie Indictment: The McMartin Trial (1995). The quality of her performance along with those of fellow actors James Woods, Shirley Knight and Henry Thomas (of E.T. fame), lent an air of distinction to the obvious tabloid-driven material.In addition to other socially-relevant mini-movies, Sada occasionally returned to her beloved theater roots. She won a second Sarah Siddons award for the title role in "Driving Miss Daisy" (1989), and enjoyed a return to Broadway after nearly 20 years with "Any Given Day" in 1993. Elsewhere, her warm, soothing voice has been used frequently in documentary narratives and books-on-tape. Ms. Thompson, who lived in Connecticut with long-time husband (since 1949) Donald Stewart, had one daughter, Liza Stewart, a costume designer. She died in a Danbury hospital of lung disease on May 4, 2011, at age 83.

The Pursuit of Happiness