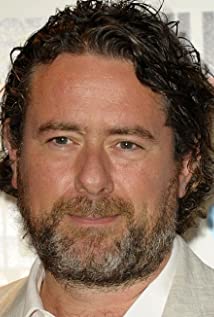 Bennett is predominantly a writer, director and producer. At the age of 7, watching 'Jaws' in his local Odeon cinema, Ben Gardner's head pops out of the boat and Bennett (along with the rest of the audience) jumped a mile. That was the moment he knew he wanted to get a group of people to react simultaneously. At 12, he watched 'Blade Runner' and realized what a director actually does: create believable worlds. Entering the film industry at the age of 17, Bennett has worked in front and behind the camera ever since. Roles include Will Scarlett in the final ever 'Blackadder' (alongside Rik Mayall's Robin Hood and Kate Moss' Maid Marian) and William Morris for the BBC. Directing the hugely successful music promo for the remix of Queen's 'Flash Gordon', Bennett then created the award-winning short 'Devilwood' which led a year later to his debut film 'Tuesday'. Since then, Bennett has written/directed 8 feature films in 8 years, and scripted for other directors. Projects range from horror to Shakespeare; from indies to studio films, and he has written/directed for Universal, Paramount, Sony, BBC and HBO. In 2015 he became one of the founding partners in production company Three Wise Monkeys, with their first feature film 'Tango One' for Universal UK. Bennett is a full voting member for BAFTA and represented by Casarotto Ramsay Associates.

Me, Myself and Di

We Still Steal the Old Way

We Still Kill the Old Way