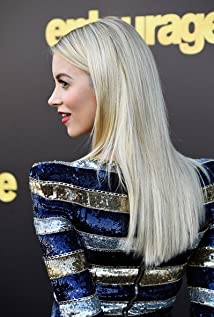 Sabina Gadecki is an American actress and model. She was born on September 28th in Holyoke, Massachusetts to Polish parents.Sabina studied International Business and Communications at Fordham University, while pursuing a career in modeling and acting in New York. Gaining notice as the host of The World Poker Tour on The Travel Channel, she went on to sign with Ford Models. Sabina's striking physique and girl next door look earned her modeling jobs for global brands including Saks Fifth Avenue, Oil of Olay, Banana Republic and Jimmy Choo. Sabina studied acting with William Esper continuously for 4 years prior to moving to Los Angeles.Gadecki has had major recurring roles in TV shows such as L.A.s Finest starring Gabrielle Union and Jessica Alba, and also appeared in Narcos, The Affair and House of Lies.On the feature side, she played the role of Melanie, in the box office hit Entourage opposite Jeremy Piven and Adrian Grenier. Other films include, Dark Was The Night opposite Lukas Haas, False Positive with Pierce Brosnan, Ilana Glazer, and Justin Thoroux. Capps Crossing: Wrong Side of Dead opposite Beverly DeAngelo, Outlaw Prophet with Tony Goldwyn and Joey King. She also appeared alongside Christian Slater and Billy Burke in the feature film adaptation of an Elmore Leonard novel called Freaky Deaky. Gadecki currently resides in Los Angeles.

Dark Was the Night