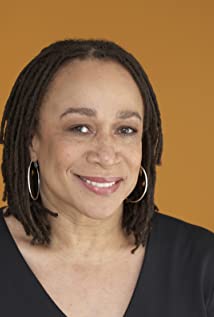 A native of Michigan, S. Epatha Merkerson earned a Bachelor of Fine Arts Degree from Wayne State University. In 1978, she moved to New York City to apply her craft on stage. Although best known since 1993 as the smart and shrewd Lieutenant Anita Van Buren on the long-running TV crime drama Law & Order (1990), she has a long list of Broadway and off-Broadway credits and honors that include Drama Desk Award and Tony Award nominations for Best Actress for her performance in the August Wilson play The Piano Lesson (1995), a 1992 Obie Award for her performance in "I'm Not Stupid," and a 1998 Helen Hayes Award for her starring role in the Studio Theater production in Washington, DC, of the John Henry Redwood play "The Old Settler." Her first appearance on television was a guest-starring role on an episode of The Cosby Show (1984). Her earliest regular role in television, however, was that of Reba the Mail Woman on Pee-wee's Playhouse (1986). Merkerson remains a theatrical force on the stage and on the screen and has the distinction of having been nominated for an Image Award in the Outstanding-Lead-Actress-in-a-Drama category for Law & Order (1990) for three consecutive years by the NAACP.

The Six Wives of Henry Lefay