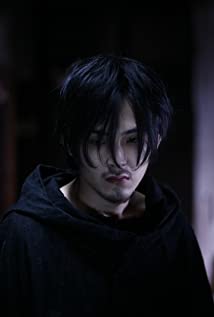 The uniquely beautiful and talented Ryuhei Matsuda was born May 9, 1983, in Tokyo, to Miyuki Matsuda and Yûsaku Matsuda. Six years later, Ryuhei's life took a tragic turn when his father died from bladder cancer at the age of 40. Ryuhei and his mother persevered, and unlike most offspring of famous actors, he didn't give much thought to acting as a child. Nine years later, at the age of 15, that would all change when Ryuhei was approached by Nagisa Oshima with a life changing offer: to take on the prominent role as the androgynous youth, Samurai Sozaburo Kano in the controversial Gohatto. Ryuhei took the role head on, preparing himself emotionally and physically by practicing ken do for two months straight. His film debut was a success, and acted on par with the likes of Takeshi Kitano and Tadanobu Asano. For his hard work, Ryuhei was rewarded with critical acclaim and numerous awards. Shortly thereafter, he dropped out of high school to fully devote his time and efforts on his burgeoning film career, and with much success. Lightning would strike again for Ryuhei in 2001, in the dark, thought provoking high school drama, Blue Spring, directed by Toshiaki Toyoda. Such as with his debut, Ryuhei received yet more acclaim and this time, more widespread recognition for his role as the laid back, brutal, yet introspective high school gang leader, Kujo. The film roles kept coming, such as the 2003 reunion with writer director Toshiaki Toyoda in the acclaimed film 9 Souls, and a bit part in the flashy, comedic anime-to-film live action adaptation of Cutie Honey in the following year. Ryuhei's trend of working with some of Japan's most talented actors and directors continued in 2004 and in 2005 in the violent Takashi Miike action film, Izo, co-starring Takeshi Kitano and the upcoming Ranpo jigoku, co-starring Tadanobu Asano. With his charisma, talent, and ability to take on roles varying from the comedic, outrageous, moving, and controversial, the sky's the limit for this young man.

A Stranger in Shanghai

The Miracle of Crybaby Shottan

Tokyo Night Sky Is Always the Densest Shade of Blue