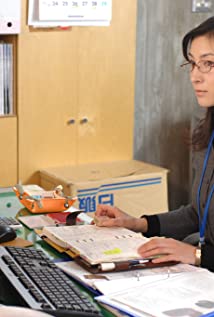 Kochi on the island of Shikoku was bombed from the air and razed to the ground by the USA during 1945, but Kochi castle still stands as a historical point of interest. More recently the city has acted as the birth place of short-haired tomboyish singer and actress Hirosue Ryoko. She signed up for the corporate Clearasil/P&G cosmetics' model contest in 1994 when she was 14 and subsequently made her television debut the following year singing on the TK Music Camp program. She began acting for television. She had moved to Kanagawa as a teenager where she had an aunt. By 1997 she was nominated for and won the Best Supporting Actress prize at the 14th Television Drama Academy Awards. She would go on to garner multiple awards for her work on both the small and big screen in the next decade. She released multiple singles and full-length albums of pop music during this time. She enrolled in Waseda University in 1999, but did not graduate. She appeared in the Tokyo-shot French film Wasabi in 2001 where she recited her French lines without understanding them. Hirosue married model Okazawa Takahiro on January 17th, 2004 and gave birth to their son three months later. The marriage actually lasted four years. The relationship though had lasted two since the wedding. She became a single mother at the age of 27. She worked less during her marriage and pregnancy, but had the occasion to appear on screen with Yu Aoi in Hana & Alice in 2004. She had the occasion to work with Yu again in Flowers in 2010. She played alternately an understanding/betraying/compromising wife in Departures in 2008, which won the 81st Academy Awards Best Foreign Language Film. She married Izutsu Jun, a candle artist and candle shop owner, in late 2010. She had previously dated Nagai Masaru rumours be believed. They had met in Haiti in March of 2010 participating in earthquake relief there. They have two children. Nonetheless she was caught visiting actor Takeru Sato overnight at his place. Reportedly, she was living alone as she had requested to do during her first marriage, which had lead to that divorce. She cites karaoke and watching movies as favourite pastimes. Like the usual array of celebrities Hirosue fronts for corporate and material goods like NTT, Shiseido and Coca Cola.