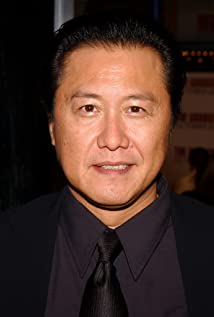 Ishibashi Ryo (Ryo Ishibashi) was born on July 20, 1956, in Fukuoka City, Kyushu, Japan. Being a multi-talented star, and an international celebrity, Ryo Ishibashi has starred in many TV programs, and movies both within his native Japan, and abroad. He began his celebrity career when he started his own rock band the ARB (Alexiander's Ragtime Band) in 1977, which made their recording debut on October 29, 1978. He released over a dozen records with the band until their breakup in 1990. Ryo Ishibashi started his acting career in 1986 when he became acquainted with the late actor Yûsaku Matsuda (who was also internationally known for his co-starring role with Michael Douglas in the movie Black Rain (1989)). He made his movie debut in Matsuda's movie "Ahomance" in which ARB's 13th single "After 45" was used as its theme song. Ryo Ishibashi has been concentrating on his acting career since his split with ARB in 1990, and has appeared in several movies outside his native country Japan, and became an internationally recognized celebrity.