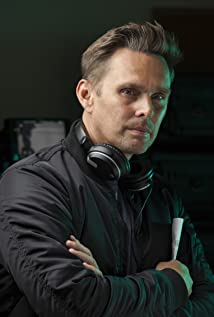 Ryan Little grew up in Vancouver, British Columbia, where he began working in the film industry as a production assistant. As a dual citizen of the United States and Canada, he has been able to work freely in both countries. In 2003, he directed "Saints and Soldiers", which won sixteen "Best Picture" awards, including the $50,000 Grand Prize at the Heartland Film Festival and two nominations at the Independent Spirit Awards.Since then, Ryan has directed numerous features, episodic television, and commercials, including "Age of Dragons", starring Danny Glover and Vinnie Jones, and "Forever Strong", starring Sean Astin, Neal McDonough, and Gary Cole. In 2016, he directed "War Pigs", starring Mickey Rourke, Luke Goss, and Dolph Lundgren. Ryan worked on the TNT pilot "Blank Slate" and the SyFy Channel pilot "Zeros", and he has gone on to direct TV episodes of "Granite Flats" and "Extinct".

Age of the Dragons