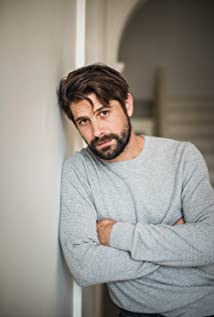 Ryan Johnson was born in Melbourne, Australia, but spent his formative years on the Gold Coast, a surf side city in Queensland. His mother Meg is a junior school librarian and his father, Peter, an insurance broker. Ryan has one brother Daniel who is an academic. As a child growing up by the ocean, Ryan spent a lot of his time surfing and skateboarding. Johnson's interest in performance was sparked early in life when his parents befriended a magician and mime artist whose shows Ryan would watch in awe. Ryan attended Somerset College, a high school on the Gold Coast where he excelled in the performing arts. This lead to his acceptance at the prestigious Queensland University of Technology acting program. He worked under the guidance of acting teacher, Leonard Meenach, who remains a friend and mentor. Ryan's break came towards the end of university when he was cast in the independent film, 'City Loop', alongside Sullivan Stapleton. This secured him representation with one of the country's leading talent agencies. Ryan moved to Sydney after graduating and landed leading roles in many major television series and Australian films. He has worked for the Sydney Theatre Company and Belvoir Street Theatre where he played Angel Cruz in the highly acclaimed 'Jesus Hopped the A Train' alongside and under the direction of Wayne Blair. In 2012, Ryan garnered attention in the US playing 'Ben Grogan' on the USA Network's 'Fairly Legal'. 2014 sees Ryan return to Australian television with reoccurring roles in 'Love Child' and 'House husbands' and major support roles in the TV films 'INXS. Never Tear Us Apart' and 'Carlotta' opposite Jessica Marais. Ryan splits his time between Sydney and North America with his wife, screenwriter, Tamara Asmar.

Never Tear Us Apart: The Untold Story of INXS

All My Friends Are Leaving Brisbane