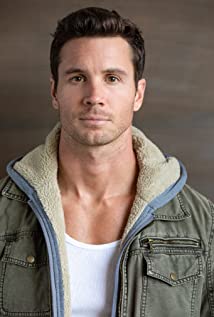 Ryan Haake (pronounced Hawk) was born in Los Angeles, but can claim to have lived in almost every corner of the United States. California, New Jersey, Florida, Vermont and an assortments of cities within each state. By 9th grade he was entering his 9th school and after graduation, he kept the nomadic lifestyle going by following the seasons to surf, snowboard, ride downhill bikes and yet still keep enrolled in local colleges wherever he may be.Born to a mother who had a passion for theater and grandparents who themselves had a run of good fortune in Hollywood, Ryan always found himself immersed within the creative world. At age 5 he found himself backstage of his mother's plays or within the sound stage of his Grandfather's T.V. show, Who's The Boss. These glimpses into the world of T.V. and theater instilled a passion for the acting world, but wouldn't reveal itself until years later when he decided to make his way back to LA on his own to pursue his dream of being on the big screen and eventually producing and directing.His dreams have become reality with his recent success landing the role of Steven on Tyler Perry's hit drama, "If Loving You Is Wrong" and executive producing and starring in "Droned," a series that follows a drone company, of which Ryan is part owner, and showcases the customization of drones and the action and adventure that each job requires by the Droned crew. Always one to have his plate full and hungry to do more, Ryan is on track to be a major player in T.V. and Film.Outside of work, you will find Ryan surfing, snowboarding, riding mountain bikes and motorcycles, an assortment of other adrenaline inducing activities, in the gym, practicing martial arts, working on and driving cars/trucks, and last but certainly not least, giving back to his community by working with such organizations as A Couple a Guys and Gals Give Back and Waves 4 Water.