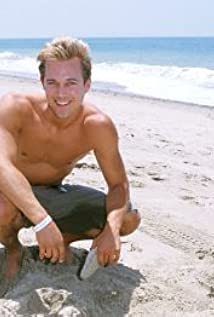 With a starring turn in the feature film Extremedays (2001) and a recurring role in the groundbreaking teen cyber series, "Whatever," Ryan Browning is attracting audiences with his easy going charm, handsome looks and charismatic screen presence. Born and raised in Los Angeles the eldest of five children, Browning attended Crossroads High School -- well known for its excellent curriculum in the arts and sciences. Despite his exposure to the entertainment industry and strong encouragement from his friends to join its famous drama program, Browning chose to spend his time pursuing other interests. "I was more interested in sports and being in love," he says. After graduating from high school, Browning headed east to attend Union College in upstate New York where he majored in Psychology. He found himself pulled, once again, towards drama and theatre. Following college graduation, Browning returned to Los Angeles and was accepted into the prestigious American Film Institute, where he studied various aspects of filmmaking, particularly producing. "About halfway through my first year, though, I kept feeling this urge I had felt before to be in front of the camera," says Browning, who left AFI to pursue what had all along been his true passion -- acting. Browning vigorously followed his dream by enrolling in the finest acting classes in Los Angeles and New York. "While I was in New York, I saw every single show on Broadway, studied hard, and met many superb artists," he says. "I found a deep appreciation for the craft and the reason why I wanted to do it. Browning soon landed diverse roles in several critically-acclaimed independent features including The Smokers (2000) opposite Thora Birch and Oliver Hudson, which won the audience award at the New York Film Festival and was named Best Film at the Santa Barbara Film Festival; Intern (2000), which premiered at the 2000 Sundance Film Festival and starred Dominique Swain and Kathy Griffin; and Blink of an Eye (1999), which premiered at the 2000 Slamdance Film Festival. In his free time, Browning loves athletics like soccer, horseback riding, snowboarding, and mountain bike rides. When he is indoors, however, he enjoys learning about the industry's greats - "I read biographies on actors like James Dean and Paul Newman and I'm drawn to the intricate details of how their lives translated to their craft. "For me, it's just part of the process.

The Legend of Butch & Sundance