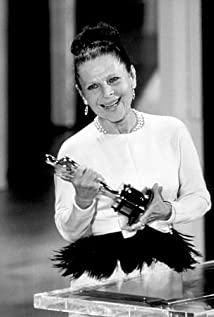 When Ruth Gordon convinced her father, a sea captain, to let her pursue acting she came to New York and studied at the American Academy of Dramatic Arts. She acted in a few silents made at Fort Lee, New Jersey, in 1915. She made her Broadway debut in "Peter Pan" as Nibs the same year. The next 20 years she spent on stage, even appearing at the Old Vic in London in the successful run of "The Country Wife" in 1936. Nearly 25 years after her film debut, she returned to movies briefly. Her most memorable role during this period in the early 1940s was as Mary Todd in Abe Lincoln in Illinois (1940).She left Hollywood to return to theater. Back in New York, she married Garson Kanin in 1942 (her first husband Gregory Kelly, a stage actor, died in 1927). She began writing plays, and, later, her husband and she collaborated on screenplays for Katharine Hepburn and Spencer Tracy, whose screen relationship was modeled on their own marriage. She returned to film acting during the 1960s. It is during this last period of her career that she became a movie star, with memorable roles in Rosemary's Baby (1968) and Harold and Maude (1971). She wrote several books during the mid-1970s and appeared on TV. She won an Emmy for her role on Taxi (1978) in 1979.

Voyage of the Rock Aliens

The Secret World of the Very Young

Any Which Way You Can