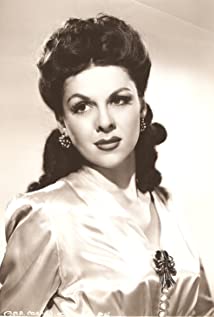 Her parents, Mr. & Mrs. C. N. Ford, managed the Tennessee Hotel in Clarksville, Tennessee, in 1943. At that time, she reported to the local newspaper in Clarksville that she had a daughter named Shelley, age 2. Also, Orson Welles is her godfather. Prior to her Hollywood experience, she was in Orson Welles' Mercury Theatre plays before he left for the coast and was playing summer stock when noticed by a Hollywood playwright. He set Columbia Pictures on her trail to sign her up and since that time she has been with them and Warner Brothers. She posed for Harpers' Magazine and for the Paris and London issues of "Vogue" and "Harpers"; also appeared in "Town and Country" and "Mademoiselle." She even appeared in the local newspaper, "The Leaf-Chronicle" showing her modeling a pair of black stockings. She said that "(her) Mother and Daddy noticed it by chance and the next day it was on the front page."

Too Scared to Scream

The Eyes of the Amaryllis

Play It As It Lays

The Keys of the Kingdom

The Lady Is Willing