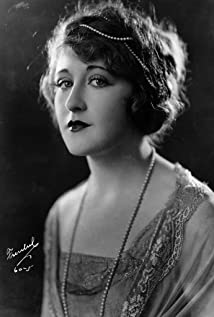 American actress, originally of leading roles, whose career lasted from silent days into the television era. A native of Rhode Island, she attended St. Mary's Seminary in Narragansett, Rhode Island, then, following her mother's death in 1911, came to Los Angeles as a teenager to live with her actress aunt. She got work as an extra and began her career at 15 at Universal, in fairly substantial roles. By her mid-twenties, she was playing leads and second leads, including the role of Abraham Lincoln's lost love, Ann Rutledge, in The Dramatic Life of Abraham Lincoln (1924). But sound pictures found her roles diminishing, and throughout the next three decades she played smaller and smaller parts. She was a favorite of John Ford(they played bridge together), who used her in thirteen films, but rarely in substantial roles. She was also, for a time, the voice of Walt Disney's "Minnie Mouse." She lived long enough to find herself in demand for documentary interviews on the subject of early Hollywood. Married for a time to Beverly Hills real-estate developer James Cornelius, she survived that marriage by more than sixty years. She died in 1998, two and one-half months before her 99th birthday.

The Man in the Gray Flannel Suit

Give a Girl a Break