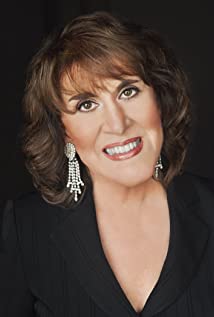 Ruth Buzzi was Born July 24, 1936 in South County (Westerly), Rhode Island to Rena Pauline and Angelo Peter Buzzi, a nationally recognized stone sculptor. She Raised in Wequetequock, Connecticut, and attended Stonington High School. She Gained experience as a cheerleader performing before crowds at athletic events. At 17, she enrolled at the Pasadena Playhouse for the Performing Arts, among her classmates were the immeasurable talents of Dustin Hoffman and Gene Hackman. She graduated with honors. Ruth went on to Act in a wide variety of revues throughout New England, and worked alongside other young and talented performers who were just beginning their careers at the time. Including the legendary Barbra Streisand, Joan Rivers, Dom DeLuise, Bernadette Peters and Carol Burnett. She came to national recognition when she teamed up with Dom DeLuise in an act in which he played an incompetent magician and she was his "sidekick" named "Shakuntala" who never spoke but sported a wide grin. The audiences demanded more of them and they eventually played several major nighttime television variety shows including The Garry Moore Show (1958) "The Entertainers" with Carol Burnett, and Your Show of Shows (1950) with Imogene Coca. She was hired by Bob Fosse to perform in his then wife Gwen Verdon's hit Broadway musical "Sweet Charity". During that time she auditioned for and received a permanent place in Rowan & Martin's Laugh-In (1967), on which she played everything from deadpan old woman, to hard-bitten drunks, to southern belles to hookers. Memorable characters include Busy-Buzzi, a Hollywood gossip columnist; Doris Sidebottom, the hard-bitten drunk; and a stewardess (who she teamed up with Debbie Reynolds). The two played inconsiderate flight attendants.

The Adventures of Elmo in Grouchland

They Came from Outer Space

My Mom's a Werewolf