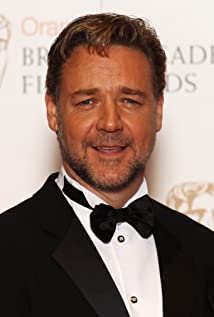 Russell Ira Crowe was born in Wellington, New Zealand, to Jocelyn Yvonne (Wemyss) and John Alexander Crowe, both of whom catered movie sets. His maternal grandfather, Stanley Wemyss, was a cinematographer. Crowe's recent ancestry includes Welsh (where his paternal grandfather was born, in Wrexham), English, Irish, Scottish, Norwegian, Swedish, Italian, and Maori (one of Crowe's maternal great-grandmothers, Erana Putiputi Hayes Heihi, was Maori).Crowe's family moved to Australia when he was a small child, settling in Sydney, and Russell got the acting bug early in life. Beginning as a child star on a local Australian TV show, Russell's first big break came with two films ... the first, Romper Stomper (1992), gained him a name throughout the film community in Australia and the neighboring countries. The second, The Sum of Us (1994), helped put him on the American map, so to speak. Sharon Stone heard of him from Romper Stomper (1992) and wanted him for her film, The Quick and the Dead (1995). But filming on The Sum of Us (1994) had already begun. Sharon is reported to have held up shooting until she had her gunslinger-Crowe, for her film. With The Quick and the Dead (1995) under his belt as his first American film, the second was offered to him soon after. Virtuosity (1995), starring Denzel Washington, put Russell in the body of a Virtual Serial Killer, Sid6.7 ... a role unlike any he had played so far. Virtuosity (1995), a Sci-Fi extravaganza, was a fun film and, again, opened the door to even more American offers. L.A. Confidential (1997), Russell's third American film, brought him the US fame and attention that his fans have felt he deserved all along. Missing the Oscar nod this time around, he didn't seem deterred and signed to do his first film with The Walt Disney Company, Mystery, Alaska (1999). He achieved even more success and awards for his performances in Gladiator (2000), for which he won the Academy Award for Best Actor, and A Beautiful Mind (2001).

Tourism Australia: Dundee - The Son of a Legend Returns Home