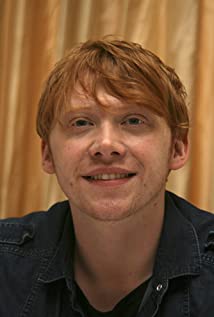 Rupert Alexander Lloyd Grint was born in Harlow, Essex, England, the elder son of Joanne (Parsons) and Nigel Grint, who dealt in memorabilia. The first of 5 children, Rupert has one brother and 3 sisters. His brother James was born when Rupert was a year old, Georgina and Samantha were born in 1993 and 1996 respectively, and last, but not least, Charlotte, who was born in 1999.Rupert grew up in Hertfordshire, the English county directly to the north of London, conveniently placed for commuting to Leavesden Film Studios. Before successfully auditioning for the Harry Potter films, Rupert attended Richard Hale Secondary School in Hertford: here he took an active interest in school plays, being cast as Rumplestilskin in the Brothers Grimm fairy tales. He was also a regular attendee at weekend drama classes at Top Hat Stage School, also in Hertford.Time at school was limited, as Rupert was needed on set for the Harry Potter films, where all of the child actors were tutored for four hours a day on set, to keep up with legal requirements. During the summer of 2004, he took his GCSE (General Certificate of Secondary Education) exams and completed his formal education.

The Necessary Death of Charlie Countryman