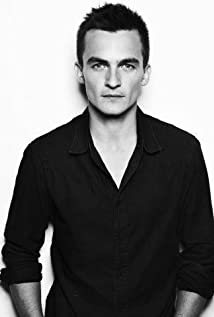 Rupert William Anthony Friend is a British actor, screenwriter, director, and lyricist. He first gained recognition for his roles in The Libertine (2004) and Mrs. Palfrey at the Claremont (2005), both of which won him awards for best newcomer. He portrayed George Wickham in Pride & Prejudice (2005), Lieutenant Kurt Kotler in The Boy in the Striped Pyjamas (2008), Albert, Prince Consort in The Young Victoria (2009), psychologist Oliver Baumer in Starred Up (2013), CIA operative Peter Quinn in the political thriller series Homeland (2012-2017), Vasily Stalin in The Death of Stalin (2017), Theo van Gogh in At Eternity's Gate (2018), and Ernest Donovan in the series Strange Angel (2018-2019).In the early 2020s, Friend began collaborating with director Wes Anderson, starting with a cameo in The French Dispatch (2021), followed by roles in Anderson's upcoming film Asteroid City and Netflix project The Wonderful Story of Henry Sugar. In 2022, he starred as disgraced British politician James Whitehouse in the series Anatomy of a Scandal and featured in the Disney+ series Obi-Wan Kenobi as the Grand Inquisitor.

Anatomy of a Scandal