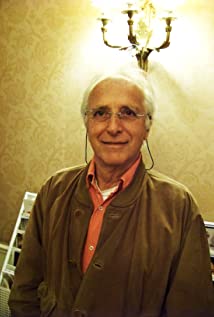 Ruggero Deodato was born on May 7, 1939, in Potenza, Italy, and grew up outside Rome. One of his close friends at the time was Renzo Rossellini, the son of famed Italian director Roberto Rossellini. Knowing Ruggerio's love for the movies, Renzo persuaded him to work as a second unit director on some of his father's productions. From 1958-67 Deodato worked as a second unit director for several cult film directors such as Anthony M. Dawson (Antonio Margheriti), Riccardo Freda and Joseph Losey. Deodato's directorial debut was the action-fantasy Hercules, Prisoner of Evil (1964), replacing Margheriti who quit the production. Deodato's claim to fame was the spaghetti western Django (1966). His career took off in 1968 when he directed a number of films based on comic-book characters and musicals. It was while shooting one of these films that Deodato met, and later married, Silvia Dionisio.From 1971-75 Deodato worked in television, directing the series All'ultimo minuto (1971) as well as TV commercials, including ones for Esso Oil, Band-Aid and Fanta. Deodato returned to filmmaking with an erotic melodrama and a police thriller. At the same time his marriage fell apart. In 1977 Deodato directed the notorious Jungle Holocaust (1977) and later Cannibal Holocaust (1980). Deodato traveled to New York City and directed the disturbing thriller House on the Edge of the Park (1980), a semi-follow-up to Wes Craven's The Last House on the Left (1972). Deodato made House on the Edge of the Park (1980) in just 19 days on a tiny budget. He then returned to directing action and horror flicks.Deodato lives in Rome with his current partner, Micaela Rocco, and still works in movies and occasional TV series. He is rumored to be planning a sequel to "Cannibal Holocaust".

Yellow Fever: The Rise and Fall of the Giallo

In the Jungle: The making of Cannibal Holocaust