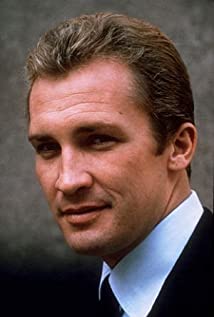 Roy was born on April 6, 1938, in Chicago, Illinois. During his formative years, he had wanted to become a doctor or football player - or, if one wants to believe his early press releases, both. He started in show business at a radio station, where he did everything: engineering, DJ shows, news and dramatizations. That led to an interest in acting in general. After a hitch in the army, he went to New York and then to California, where he started working in episodes of TV shows. Having made his professional acting debut as a teen-aged firebug in a 1957 pilot for the never-sold TV series, "Chicago 212", Thinnes spent several lean years "between engagements", working as a hotel clerk, vitamin salesman and copy boy to Chicago columnist Irv Kupcinet. His first regular TV work was as "Phil Brewer" on the daytime soap opera, General Hospital (1963); during this period, the young actor became the television equivalent of a matinée idol, sparking a barrage of protest mail when he briefly left "GH" in pursuit of other acting jobs. Aggressively campaigning for the starring role of "Ben Quick" on The Long, Hot Summer (1965) -- the TV version of the film, The Long, Hot Summer (1958) -- Thinnes won the part, as well as a whole new crop of adoring female fans. While "Summer" was unsuccessful, Thinnes enjoyed a longer run as "David Vincent" on the The Fugitive (1963)-like sci-fi series, The Invaders (1967). Success with this popular show also led to marriage to first wife, Lynn Loring, who acted with him in the show as well as in the movie, Journey to the Far Side of the Sun (1969) (aka "Journey To The Far Side Of The Sun"); she is now a CBS film executive. They parted in 1984. Though he'd occasionally show up in such features as The Hindenburg (1975), Airport 1975 (1974) and Blue Bayou (1990), Thinnes has remained essentially a TV star. Among his post-"The Invaders" TV-series roles was "Dr. James Whitman" on The Psychiatrist (1970), "Capt. (and later Maj.) Holms" on From Here to Eternity (1980), "Nick Hogan" on Falcon Crest (1981) (who, in 1983, married "Victoria Gioberti" [Jamie Rose] in a highly-rated ceremony) and the dual role of "Roger Collins" and "Rev. Trask" in the 1991 prime-time revival, Dark Shadows (1991). Roy's more recent appearances on the The X-Files (1993) put him back in the forefront. He revived his role as the enigmatic alien, "Jeremiah Smith", a turnabout role series creator Chris Carter renewed for Roy in the February 25, 2001 episode, The X-Files: This Is Not Happening (2001).