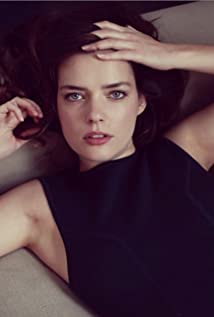 French/US actress, Roxane Mesquida grew up in Le Pradet, a little town in the South of France. At the age of 11, while walking with her mother, writer Francoise Mesquida, she was spotted by director Manuel Pradal who cast her in Mary from the Bay of Angels (Marie Baie de Anges). In 1998, she played opposite Isabelle Huppert in Benoit Jacquot's The School of Flesh (L'ecole de la Chair) which was presented at that year's Cannes Film Festival. A few years later, she crossed paths with the renowned and provocative director Catherine Breillat. Not only did the director bring Roxane to international attention, she taught the actress her craft. In 2001, their first film Fat Girl (A ma soeur!) was presented at festivals around the world including Berlin and Toronto. The following year, the director and her actress collaborated on Sex is a Comedy which was presented at the Cannes Film Festival, 2002. They worked together again on The Last Mistress (Une vieille maitresse) with Asia Argento. The film was presented in competition at the 2007 Cannes Film Festival. In 2006, after making Sheitan with Vincent Cassel directed by Kim Chapiron, Mesquida moved to the United States. She spent several months in New York attending The Barrow Group, a prestigious non-profit Off-Broadway Theatre Company and acting School before settling in Los Angeles. In 2010, two of her films were presented at Cannes: Kaboom by independent filmmaker Gregg Araki and Rubber by Quentin Dupieux a.k.a Mr. Oizo (a corruption of the French word for "bird"). She also starred three music videos: Buck 65's "Paper Airplane", Grudd Rhys's "Shark Ridden Waters" and Marilyn Manson's "No Reflection" in 2012. 2011 was a very busy year for Mesquida who played Beatrice, the sister of Louis Grimaldi in TV series Gossip Girl and appeared in the features The Most Fun You Can Have Dying by Kirstin Marcon, Kiss of the Damned by Alexandra Cassavetes (daughter of John Cassavetes) and Homesick by young independent filmmaker Frederic Da. She also appeared in the art video for Opening Ceremony.When she was 14, Mesquida was spotted by Elite Model Management and she has been working as a model ever since. She is signed by worldwide modeling agency IMG Modelssince 2008.

Kiss of the Damned

The Most Fun You Can Have Dying