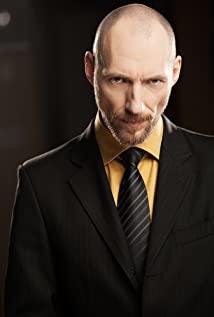 Rowland Pidlubny is an immensely talented actor recognized for his diversity and the intensity he brings to roles that he plays across television and film. With a promising new horror series, Pidlubny's star is quickly on the rise with SyFy's Van Helsing. Pidlubny plays the unpredictably fierce vampire Scab who is determined to bring Vanessa Helsing, Kelly Overton, to her knees. Neil LaBute set as show runner, re-imagines the classic Van Helsing icon in a compelling new way, with the team of Chad Oakes, Michael Frislev, Simon Barry and Jonathan Walker.Professionally known for his role on Almost Human as the cold blooded crime boss Yuri Idrizi, starring Karl Urban and Michael Ealy, and for his performances as Brenner on the Continuum series with Rachel Nichols and William B. Davis of X-Files fame.Rowland Pidlubny has had photograph sessions with award winning photographer Nadav Kander who's portraits include Prince Charles, Barack Obama, Brad Pitt and Robert Plant. Pidlubny has been in multiple high profile commercials airing during the Super Bowl and Olympic broadcasts.Pidlubny's acting technique allows the very essence of the character to channel through, and his ability to transform physically has allowed him to play an extensive variety of characters with remarkable range, establishing him as a major talent.