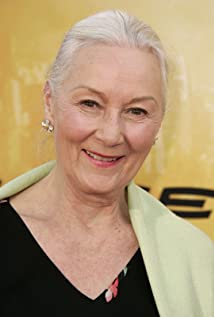 Rosemary Harris is an English actress. She has won 4 Drama Desk Awards, and nominated 9 times for Tony Awards. In 1966, she won the "Tony Award for Best Actress" for her role as Eleanor of Aquitaine in "The Lion in Winter". In films, she is better known for portraying May Reilly Parker in the "Spider-Man" film trilogy (2002-2007). Her character Aunt May is Spider-Man/Peter Parker's paternal aunt-in-law and surrogate mother.In 1927, Harris was born in Ashby, Suffolk, a former civil parish in East Suffolk. Her parents were Stafford Berkeley Harris and his wife Enid Maude Frances Campion. Her father served in the Royal Air Force (RAF), and the Harris family relocated to the locations of his military assignments. For some time, Stafford served in British India. So Harris spend part of her childhood there.Harris attended various convent schools. When she reached adulthood, she decided to follow an acting career. She made her theatrical debut in 1948, at Eastburn. She appeared for a few years in English repertory theatre, though she had no formal training as an actor. She joined Anthony Cundell's theatrical company, which was headquartered at Penzance, Cornwall.From 1951 to 1952, Harris received her formal acting education at the Royal Academy of Dramatic Art (RADA). She made her debut in the New York stage in 1951, performing in "Climate of Eden" by Moss Hart (1904-1961). Shortly after, she made her West End debut in London. In 1954, Harris made her film debut in "Beau Brummell".For several years, Harris appeared in classical theatre productions of the Bristol Old Vic, a British theatre company headquartered in Bristol, South West England. She later started performing for the Old Vic, the company's London-based parent company. In 1963, Harris performed at the opening production of the then-new National Theatre Company (later known as the Royal National Theatre), a theatrical company founded that year by Laurence Olivier (1907-1989). In that performance, Harris played Ophelia in "Hamlet" by William Shakespeare. Her co-star in the role of Hamlet was Peter O'Toole (1932-2013). The performance received positive reviews, with a theatre critic commenting that Harris was "the most real and touching Ophelia".From 1959 to 1967, Harris performed in Broadway for the Association of Producing Artist (APA). APA was a production company established by her then-husband Ellis Rabb (1930-1998), Her best known role in this period was playing the historical queen Eleanor of Aquitaine (1122-1204) in "Lion in Winter", the role for which she won the 1966 Tony Award for Best Actress.In 1967, Harris and Rabb received a divorce, and she consequently stopped performing for the APA. The company did not long survive Harris' departure, disbanding in 1969. Also in 1967, Harris was wed to her second husband, the fiction writer John Ehle (1925-2018). Ehle specialized in works set the Appalachian Mountains, and has been nicknamed "the father of Appalachian literature". They jointly raised a daughter, the actress Jennifer Ehle (1969-).Harris gained a high-profile television role in the 1970s, playing protagonist George Sand (1804-1876) in the BBC television serial "Notorious Woman" (1974). The series lasted for a single season and 7 episodes. The well-received series was broadcast in the United States from 1975 to 1976. For this role, Harris won the 1976 "Primetime Emmy Award for Outstanding Lead Actress in a Limited Series or Movie".In 1978, Harris appeared in the role of Berta Palitz Weiss in the American television miniseries "Holocaust". Her character was the mother of a large Jewish family during the Holocaust. The miniseries was the first American television production focusing on the Holocaust, and was considered controversial for allegedly trivializing the historical tragedy. Harris' role was critically well-received, and she won the 1978 "Golden Globe Award for Best Actress - Television Series Drama".In the 1980s, Harris' only major appearance in a television production was her role as Mrs Ramsay in the television film "To the Lighthouse". The film was an adaptation of a 1927 novel by Virginia Woolf (1882-1941), and focused on the life of the Ramsay family at their summer home on the Isle of Skye.In the 1990s, Harris co-starred with her daughter Jennifer Ehle in the television series "The Camomile Lawn" (1992). Ehle played the young adult version of the character Calypso, while Harris played the elderly version of the character.In 1994, Harris had a high-profile film role in the historical drama "Tom & Viv", which dramatized the problematic relationship between the poet Thomas Stearns "T.S." Eliot (1888-1965) and his first wife Vivienne Haigh-Wood Eliot (1888-1947), Harris played the role of Vivienne's mother, Rose Robinson Haigh-Wood. For this role, Harris was nominated for the 1994 "Academy Award for Best Supporting Actress". The Award was instead won by rival actress Dianne Wiest (1946-).Later, Harris again co-starred with Jennifer Eh

The von Trapp Family: A Life of Music

My Life So Far