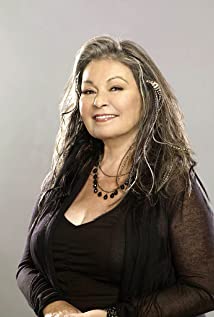 Firebrand Roseanne Barr has long been one of America's funniest and most controversial comedians.She was born in Salt Lake City, Utah, to Helen (Davis), a cashier and bookkeeper, and Jerome Hershel "Jerry" Barr, a salesman. Her family was Jewish, and had moved to the U.S. from Russia, Lithuania, and the Austro-Hungarian Empire. She dropped out of high school when she was seventeen, and, after a car accident, was admitted to a mental institution, claiming she was having nightmares and memory loss. She left the institute less than a year later. At seventeen, she gave birth to her first daughter, Brandi Brown, and gave her up for adoption. She began working at a restaurant as a dishwasher and waitress. Her hilarious comments to the customers she waited on led her to doing stand-up comedy at the restaurant. She married Bill Pentland and they had three children together, Jessica, Jennifer, and Jacob Pentland.Roseanne worked doing stand-up comedy until her August 23, 1985 appearance on The Tonight Show Starring Johnny Carson (1962) thrust her into the limelight. In 1987, HBO offered her a show of her own, On Location: The Roseanne Barr Show (1987). It was canceled after a short time. In 1989, Roseanne starred opposite Meryl Streep and Ed Begley Jr. in She-Devil (1989). Though her first picture wasn't as successful as she might have hoped, her sitcom, Roseanne (1988), debuted in 1988 and ran for 9 seasons on ABC, co-starring John Goodman. It dealt with real-life issues in a lower middle-class working family. During its first season on ABC, it leaped to #2 in the ratings. After the sitcom's first season, Roseanne gained notoriety when she gave a screeching, crotch-grabbing performance of "The Star Spangled Banner" at a baseball game.When Roseanne divorced her first husband, Bill Pentland, after 16 years of marriage in 1990 and married Roseanne (1988) co-star Tom Arnold only four days later, her sitcom was already beginning its downward spiral. In 1991, she started to be billed as Roseanne Arnold. Around this time, she began to claim that she, as well as her siblings, had been physically and sexually abused as a child. Both her siblings and parents denied the charges, and lie detector tests used on Roseanne's parents came back negative. The court battles led to ten years of estrangement with her parents and siblings. Her marriage with Arnold lasted four years before she filed for divorce from him for physical abuse and domestic violence. It is still not known if the accusations were true. Although she insisted that he hit her, she admits that he never abused her three children from her previous marriage:In 1996, she was nominated for a Golden Globe Award and won, but she was not there to accept it. Luckily, Tom Arnold's exit from "Roseanne" happened towards the end of the sixth season, allowing the show to have an almost smooth ending. However, after the sixth season of Roseanne (1988), the plots started to run dry and ratings began to drop. During the season following her divorce, she insisted on being billed as simply "Roseanne." After Roseanne (1988) was canceled, she went on Broadway to play "The Wicked Witch of the West" in "The Wizard of Oz" to rave reviews.On Valentine's Day 1995, Roseanne married former bodyguard Ben Thomas. With Thomas, she had her tubal ligation surgery reversed in order to become pregnant with her fifth child, Buck Thomas. In 1997, she slowly began being billed as "Roseanne Thomas", as in the last 11 episodes of Roseanne, as executive producer (she was still "Roseanne" in the cast credits). She guest-starred in The Nanny (1993) as Roseanne Thomas in late 1997. In 2002, she filed for divorce against Thomas for the second time (the first time, in 1998, she dropped the suit), accusing him of being disturbed and claiming that he threatened to run off with their son.After the divorce, she began to study the Kabballah, a form of Jewish mysticism, and those around her said she became amazingly centered and stable. In the 2000s, she ended the feud with her parents and siblings and went back to being billed as Roseanne Barr. Today, Roseanne Barr Pentland Arnold Thomas spends her time with her family in her home in El Segundo, California.Always outspoken, Roseanne began commenting on politics in earnest in the 2000s, and unsuccessfully ran for the Green Party's presidential nomination in 2012. She was subsequently chosen as the Peace and Freedom Party's candidate for President of the United States in '12, receiving 61,971 votes in the general election, and placing sixth. Her run is depicted in the documentary Roseanne for President! (2015).Initially a left-leaning liberal, she became considerably more right-wing throughout the 2010s. Her show Roseanne returned for a tenth season in 2018, to blockbuster ratings, but was canceled after Roseanne sent a racially-offensive tweet that capped off a longer run of incendiary comments.

What If Cannabis Cured Cancer

The Green Room with Paul Provenza