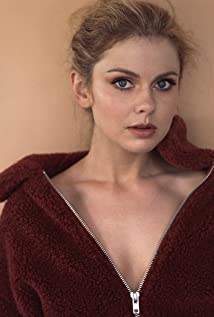 Rose McIver was born in New Zealand to artist Ann "Annie" Coney and professional photographer John George Whitfield "Mac" McIver. Rose has an older brother, musician Paul McIver.McIver started appearing in commercials when she was only 2 years old. She made her film debut in the film "The Piano" (1993), playing an angel. As a child actress, she mainly received roles in fantasy television series. She had roles in the television films "Hercules and the Amazon Women" (1994), "Hercules in the Underworld" (1994), "Hercules in the Maze of the Minotaur" (1994), the television series "Hercules: The Legendary Journeys" (1995 - 1999), and the spin-off series "Xena: Warrior Princess" (1995 - 2001).McIver received her first lead roles in television with the post-apocalyptic series "Maddigan's Quest" (2006) and the comedy-drama series "Rude Awakenings" (2007), both short-lived. She gained more attention for her role as Summer Landsdown (the Yellow Ranger) in "Power Rangers RPM" (2009) and appeared in all 32 episodes of the series.McIver had a supporting role in the supernatural drama film "The Lovely Bones" (2009) as main character Susie Salmon (Saoirse Ronan)'s younger sister Lindsey Salmon, who helps investigate her sister's murder.McIver had a main-cast role in the comedy series "Super City" (2011), and a recurring role in the period series "Masters of Sex" (2013-2016). In 2013, she joined the cast of fantasy series "Once Upon a Time" (2011-), where she plays Tinker Bell.McIver plays the lead character Olivia "Liv" Moore in the comedy-drama series, "iZombie" (2015-). Olivia works as a coroner's assistant and tries to control the urges of her transformation into a zombie.

A Christmas Prince: The Royal Baby

A Christmas Prince: The Royal Wedding