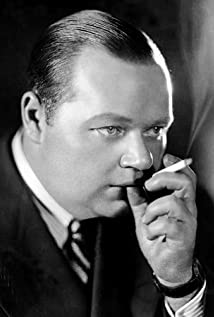 Roscoe Arbuckle, one of nine children, was the baby of the family who weighed a reported 16 pounds at birth. Born in Smith Center, Kansas, on March 24, 1887, his family moved to California when he was a year old. At age eight he appeared on the stage. His first part was with the Webster-Brown Stock Company. From then until 1913, Roscoe was on the stage, performing as an acrobat, clown and singer. His first real professional engagement was in 1904, singing illustrated songs for Sid Grauman at the Unique Theater in San Jose, CA, at $17.50 a week. He later worked in the Morosco Burbank stock company and traveled through China and Japan with Ferris Hartman. His last appearance on the stage was with Hartman in Yokahama, Japan, in 1913, where he played the Mikado.Back in Hollywood, Arbuckle went to work at Mack Sennett's Keystone film studio at $40 a week. For the next 3-1/2 years he never starred or even featured, but appeared in hundreds of one-reel comedies. He would play mostly policemen, usually with the Keystone Kops, but he also played different parts. He would work with Mabel Normand, Ford Sterling, Charles Chaplin, among others, and would learn about the process of making movies from Henry Lehrman, who directed all but two of his pictures. Roscoe was a gentle and genteel man off screen and always believed that Sennett never thought that he was funny.Roscoe never used his weight to get a laugh. He would never be found stuck in a chair or doorway. He was remarkably agile for his size and used that agility to find humor in situations. By 1914 he had begun directing some of his one-reels. The next year he had moved up to two-reels, which meant that he would need to sustain the comedy to be successful--as it turned out, he was. Among his films were Fatty Again (1914), Mabel, Fatty and the Law (1915), Mabel and Fatty's Wash Day (1915), Mabel and Fatty Viewing the World's Fair at San Francisco (1915), Fatty's Reckless Fling (1915), and many more. For "Mabel and Fatty Viewing the World's Fair at San Francisco", Keystone took the actors to the real World's Fair to use as background; the studio's cost was negligible, while the San Francisco backgrounds made the picture look expensive.By 1917 Roscoe formed a partnership with Joseph M. Schenck, a powerful producer who was also the husband of Norma Talmadge. The company they formed was called Comique and the films that Roscoe made were released through Famous Players on a percentage basis, and soon Arbuckle was making over $1,000 a week. With his own company Roscoe had complete creative control over his productions. He also hired a young performer he met in New York by the name of Buster Keaton. Keaton's film career would start with Roscoe in The Butcher Boy (1917). Roscoe wrote his own stories first, tried them out and then devised funny twists to generate the laughs. His comedy star was second only to Charles Chaplin. With the success of Comique, Paramount asked Roscoe to move from two-reel shorts to full-length features in 1919. Roscoe's first feature was The Round-up (1920) and it was successful. It was soon followed by other features, including Brewster's Millions (1921) and Gasoline Gus (1921).Ufortunately, tragedy struck on Labor Day on September 5, 1921 with the arrest and trial of Roscoe Arbuckle on manslaughter charges. Roscoe with friends Lowell Sherman and Fred Fishback drove to San Francisco where they checked into the St Francis Hotel threw a party and which was crashed by a "starlet" named Virginia Rappe, who fell seriously ill and died three days later from a ruptured bladder. Rappe had accused Arbuckle of raping her prior to passing away, but Rappe had a history of accusing men of rape. The newspapers, led by William Randolph Hearst, used this incident to generate Hollywood's first major scandal. Roscoe was tried not once but three times for the criminal charges; the trials began in November 1921 and lasted until April 1922; the first two ended with hung juries (the mistrial decision in the second trial was reached on February 3, 1922, the day after Arbuckle's friend and fellow Paramount director William Desmond Taylor was found murdered, and Arbuckle was visibly affected by the news). At his third and final trial in April of 1922, the jury not only returned a "not guilty" verdict but excoriated the prosecution for pursuing a flimsy case with no evidence of Arbuckle having committed any crime; it was at this final trial that the jury went further, writing a personal letter of sympathy and apology to Arbuckle for putting him through this ordeal. He kept it as a treasured memento for the rest of his life.However, Arbuckle's acquittal marked the end of his comedic acting career. Unable to return to the screen, he later found work as a comedy director for Al St. John, Buster Keaton and others under the pseudonym "William Goodrich" (he was inspired to use this pseudonym by Keaton, who suggested Arbuckle use the name "Will B. Good"). In 1932 producer Samue

When Comedy Was King

Half Shot at Sunrise