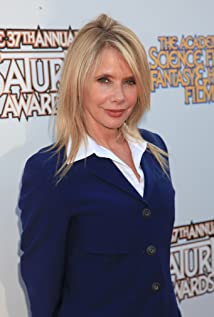 Rosanna Arquette has acted extensively in film and television, and has come to be acknowledged as an actress of rare depth and scope.Arquette was born in New York City, New York. Her parents, Lewis Arquette, an actor, and Brenda Denaut (née Nowak), an acting teacher and therapist, had 4 other children: Richmond Arquette, Patricia Arquette, Alexis Arquette, and David Arquette, all actors. Her paternal grandfather, Cliff Arquette, also was an entertainer. Rosanna's mother was from an Ashkenazi Jewish family (from Poland and Russia), while Rosanna's father had French-Canadian, Swiss-German, and English ancestry.Growing up in a family of actors, she began working at a young age. Her first big break came as a teenager with a role in the Movie of the Week The Dark Secret of Harvest Home (1978), which starred Bette Davis. Several television roles followed, including an ABC Afterschool Specials (1972) and a part on the series James at 16 (1977) before her talents led to her film debut in Gorp (1980). Since then she has acted in a steady stream of films, including John Sayles' Baby It's You (1983), Fathers & Sons (1992) with Jeff Goldblum, Silverado (1985) (which also featured Goldblum), The Linguini Incident (1991), Martin Scorsese's segment of New York Stories (1989) with Nick Nolte, and many others. She feels particularly proud of her offbeat roles in such independent films as After Hours (1985), Nobody's Fool (1986), and Desperately Seeking Susan (1985), for which she won the British Academy Award. Ms. Arquette was nominated for an Emmy for her work in the controversial The Executioner's Song (1982). She continues her work on television as well as the big screen.