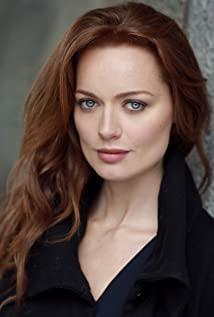 Rosalind Halstead trained as a dancer at The Central School of Ballet.After several stage appearances in her youth, with the National Youth Theatre and at the Edinburgh Festival, Rosalind first appeared on screen in Stephen Whittaker's Sons and Lovers, followed quickly by a guest role in the BBC's very successful Love Soup, written by David Renwick and produced by the late Verity Lambert. Rosalind has made her mark on screen in both film and TV and her credits to date include; Bridget Jones: The Edge of Reason, directed by Beeban Kidron, Stephen Frears' Mrs Henderson Presents, Elizabeth: The Golden Age, produced by Tim Bevan and Eric Fellner and directed by Shekhar Kapur, David Leland's Virgin Territory, Mammoth Screen's Wuthering Heights, directed by Coky Giedroyc, BBC's Sherlock, Endeavour and Marple both for ITV.

The Day of the Triffids