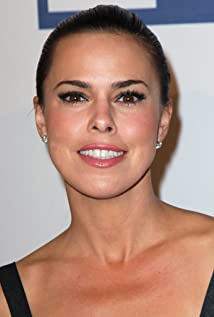 A native of Chicago, Rosa comes from a strong theater background, having performed in more than 40 professional productions beginning at age eight; ranging from comedy at the esteemed Piven Performance Company, to the Second City Chicago Conservatory, and touring as a singer with Kenny Rogers. Since moving to Los Angeles, Blasi has appeared on over 275 episodes of television and in the Sony blockbuster horror film The Grudge. Audiences may know Rosa from her 6 years as the lead 'Dr. Lu Delgado' on Lifetime Televisions medical drama Strong Medicine, as 'Ronnie Cruz' for 3 years on ABC Family's Make It or Break it, and the last 5 years as 'Barb Thunderman' on Nickelodeon's The Thundermans. In addition to acting, Blasi has voiced numerous voice overs including an episode of American Dad!, she has written articles for The Huffington Post and wrote a comedic memoir titled Jock Itch: Misadventures of a Retired Jersey Chaser published by Harper Collins in 2011. Rosa has performed stand up comedy at The Comedy Store and Laugh Factory in Los Angeles, she co-hosted the 2017-2018 podcast "The Chick Show" with Lisa Ann Walter, Her sharp tongue and quick wit have earned her a reputation as a favorite and often repeat guest on talk shows such as Politically Incorrect with Bill Maher, Anderson Cooper, Jimmy Kimmel, Wendy Williams, Dr. Drew & The View.

Make It or Break It