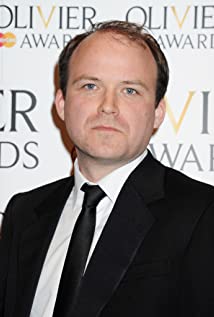 Rory Michael Kinnear is an English actor and playwright who has worked with the Royal Shakespeare Company and the Royal National Theatre. In 2014, he won the Olivier Award for Best Actor for his portrayal of Shakespeare's villain Iago in the National Theatre production of Othello.He is known for playing Bill Tanner in the James Bond films Quantum of Solace, Skyfall, and Spectre, and in various video games of the franchise. He is the youngest actor to play the role of Bill Tanner. He also won a Laurence Olivier Award for portraying Sir Fopling Flutter in a 2008 version of The Man of Mode by George Etherege, and a British Independent Film Award for his performance in the 2012 film Broken. On TV, he is known for playing Michael on the BBC comedy Count Arthur Strong (2013-), Lord Lucan in the two-part ITV series Lucan, and the lead role of Prime Minister Michael Callow in The National Anthem, the first episode of the anthology series Black Mirror.Kinnear was born in Hammersmith, London, England, the son of the actor Roy Kinnear and actress Carmel Cryan. He has two sisters, Kirsty and Karina. He is the grandson of the international rugby union and rugby league player Roy Kinnear and the godson of actor Michael Williams, late husband of Judi Dench. Educated at Tower House School and St Paul's School, London, London, he read English at Balliol College, Oxford, and then studied acting at London Academy of Music and Dramatic Art.Kinnear's performances in Phyllida Lloyd's production of Mary Stuart and Trevor Nunn's Hamlet, in which he played Laertes, met with acclaim. He also achieved recognition as the outrageous Sir Fopling Flutter in The Man of Mode at the National Theatre, winning a Laurence Olivier Award and Ian Charleson Award. Other notable theatre work includes the lead in Thomas Middleton's The Revenger's Tragedy, the role of Pyotr in Gorky's Philistines and the role of Mitia in a stage adaptation of the Nikita Mikhalkov film Burnt by the Sun, all for the National Theatre.In 2010, he played Angelo in Measure for Measure at the Almeida Theatre. Later in 2010 he played the title role in Hamlet at the National Theatre. The two portrayals won him the best actor award in the Evening Standard drama awards for 2010.Kinnear appeared in The Last of the Haussmans by Stephen Beresford at the Royal National Theatre during the summer of 2012. The production was broadcast to cinemas around the world on 11 October 2012 through the National Theatre Live programme.He starred as Iago opposite Adrian Lester in the title role of Othello in 2013 at the National Theatre throughout the summer of 2013. Both actors won the Best Actor award in the Evening Standard Theatre Awards for their roles; the award is traditionally given to only one actor, but the judges were unable to choose between the pair.From September 2013 the Bush Theatre in London staged Kinnear's debut play The Herd, directed by Howard Davies. The play ran at the Steppenwolf Theatre in Chicago beginning 2 April 2015. In October 2017 he appeared in the title role of Young Marx, the premiere production at the Bridge Theatre. He returned to the Olivier Theatre at the National Theatre to star as the title role in Macbeth opposite Anne-Marie Duff from February 2018.He portrays Bill Tanner in the Daniel Craig era James Bond film series after taking over from Michael Kitchen. He is the fourth person to play the character. He has appeared in Quantum of Solace (2008), Skyfall (2012) and Spectre (2015). As well as the films, Kinnear also lends his voice and likeness to the Bond video games; GoldenEye 007 (2010), James Bond 007: Blood Stone (2010) and 007 Legends (2012). In 2014, he played the fictional character, Detective Nock, in The Imitation Game based loosely on the biography Alan Turing:The Enigma by Andrew Hodges. In January 2017 he portrayed Ellmann in the Netflix film iBoy.Further to his theatre work he received particularly positive reviews for his sympathetic portrayal of Denis Thatcher in The Long Walk to Finchley (2008), a BBC dramatisation of the early years of Margaret Thatcher's political career, which also starred Andrea Riseborough and Samuel West.He also starred alongside Lucy Punch and Toby Stephens in the BBC Two series Vexed. Broadcast on 19 October 2010, he was the co-lead in the BBC4 TV drama, The First Men in the Moon written by and co-starring Mark Gatiss.In 2011, he provided narration during the BBC Proms production of 'Henry V - suite' arranged by Muir Mathieson during their Film Music Prom.[15] He appeared in the lead role of Prime Minister Michael Callow in "The National Anthem", the first episode of the anthology series Black Mirror.In July 2012, Kinnear appeared as Bolingbroke in Richard II, a BBC Two adaptation of the play of the same name, with Ben Whishaw as King Richard and Patrick Stewart as John of Gaunt.From 2013 onwards, he has starred in the BBC series Count Arthur Strong as Michael. He has also appeared in the Channel 4 drama Southcliff

Tea with the Dames