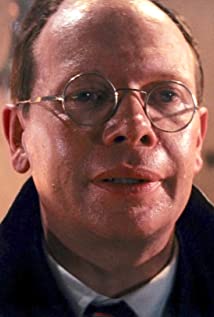 A prolific character actor on British television for three decades, Ronald Lacey was born on June 18, 1935 in the suburbs of London. He began his career in 1961 after compulsory National Service. He attended The London Academy of Music and Dramatic Art. His first notable performance was delivered on stage in 1962 at The Royal Court Theatre in "Chips With Everything". Lacey had an unusual pug look with beady eyes and cherub's cheeks which landed him repeatedly in bizarre roles on both stage and screen. However it was his unforgettable demonic smile and peculiar Peter Lorre mannerisms that would bring Lacey a short period of fame in Hollywood.After performing on British television throughout the 1960's and 1970's, Lacey finally landed the role for which these characteristics could be used to full advantage. In 1981 he was cast as the villainous Nazi henchman in 'Steven Spielberg' 's widescreen blockbuster Indiana Jones and the Raiders of the Lost Ark (1981) He followed this with a series of various villainous roles for the next five to six years: Firefox (1982) with 'Clint Eastwood', Sahara (1983) with Brooke Shields, and Red Sonja (1985) with Arnold Schwarzenegger. Lacey turned in two hilarious cinematic performances in full drag (Disney's Trenchcoat (1983) with Margot Kidder from 1982 and Invitation to the Wedding (1983) from 1985 - in which he played a husband/wife couple!).Lacey died in London of liver failure on May 15, 1991. A tremendous talent with great depth and many facets, Ronald Lacey will probably be remembered best for his small but significant role as the dapper yet psychotic Nazi in Indiana Jones and the Raiders of the Lost Ark (1981).

Indiana Jones and the Last Crusade